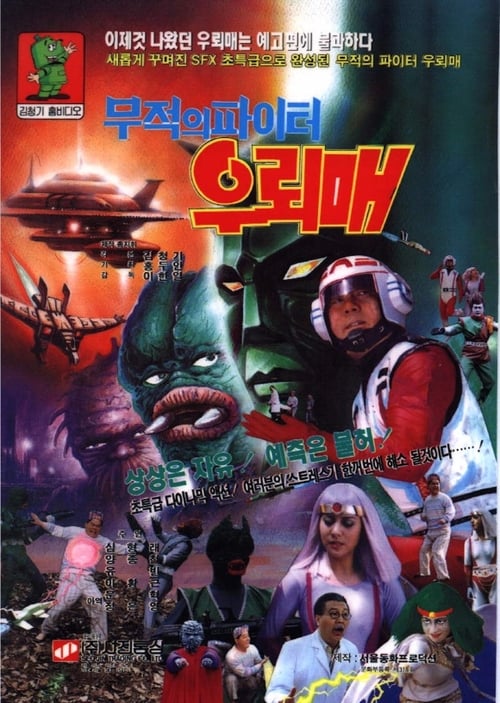 An alien villain, who has returned to the peaceful planet Earth, is a good-natured villain trying to avenge Luka for Thunder Hawk. After an attack on the earthlings, Esperman, and Daily, Khan sends Purpur, Momo, and Lizell to attack Thunderhawk, Esperman, and Daily, but often fails. Kan, who used all sorts of sneaky means, such as kidnapping Dr. Yang and kidnapping Chadol, succeeded in deceiving Esperman and Daily by using the trick of killing his subordinates by himself. He gets Esperman and Daily into trouble, but finally, with the help of the procrastination that appeared, he defeated the Khan gang with the help of the procrastination that appeared. They defeat the enemy and keep the peace of the planet.