How to Watch the Series Premiere of ‘Acapulco’ For Free on Apple TV, Roku, Fire TV, and Mobile

We’re now well into fall and headed merrily toward winter. Soon warmth and nice weather will be little more than a fond memory. Or a great reason to watch some TV. That’s likely what Apple TV+ is counting on with the release of its new show Acapulco. If you’re dying for white sandy beaches, blue skies, and at least the illusion of warmth, you’ll get all that, and then some. You can watch with a subscription to Apple TV+.

How to Watch ‘Acapulco’ Series Premiere

In some ways, Acapulco is the tropical fantasy that many have indulged in over the years. It follows the life of Máximo Gallardo, a young man in his twenties who’s just landed his first job.

Máximo is now a cabana boy at one of Acapulco’s leading resorts, Las Colinas. That translates literally as “The Hills.” Sounds great … until the reality of this particular fantasy starts to kick in. As it turns out, being a cabana boy at a major resort is a lot more complex of a job than Máximo ever expected. Worse yet, he’s dealing with some extremely demanding people, and not just the guests. His mentor is unpredictable at best, and of course, a resort job is just a retail job times a couple million.

Even when Maximo clocks out for the day, his problems aren’t over. His home life is a challenge in and of itself. Now, Máximo’s got to keep all this balanced while at the same time avoiding many of the temptations that are certain to emerge in such a setting. Like, for example, a blossoming crush on the front desk girl who also happens to be the girlfriend of one of his bosses.

Can Máximo keep it all straight? Will he ultimately falter under the sheer weight of it all? Can Apple reasonably make a show about a cabana boy actually work for more than one season? The only way to find out is to watch. 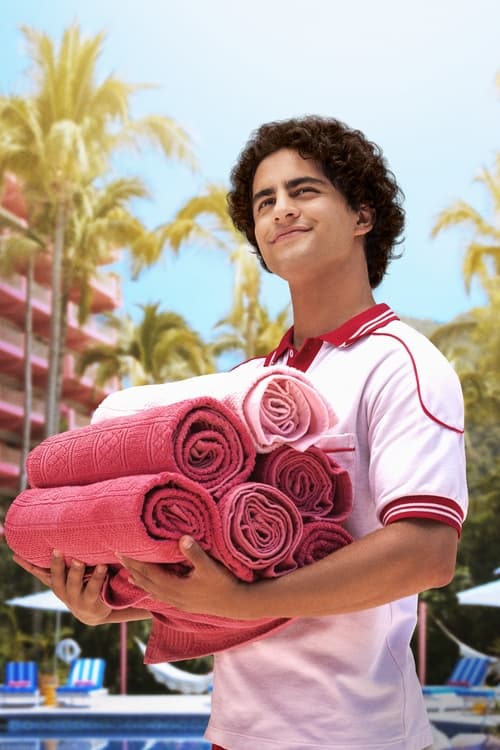