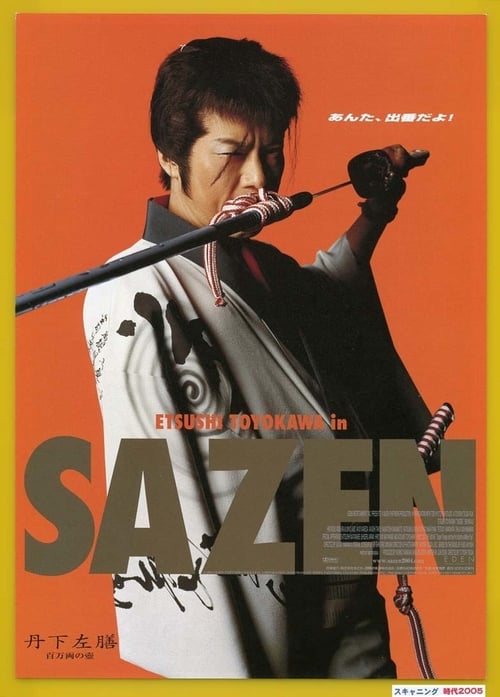 Tange Sazen: Hyakuman Ryo no Tsubo is a remake of a classic 1935 film of the same name by Yamanaka Sadao. Tange Sazen, the one-armd, one-eyed ex-samurai swordsman is the creation of Hayashi Fubo and was one of the most popular characters of the era. This remake is helmed by freshman director Tsuda Toshio, starring Toyokawa Etsushi as Sazen and Wakui Emi as Ofuji, his quick-witted wife. This marks the 34th film in the series of Tange Sazen, and involves an Urn that is worth a million Ryo!.