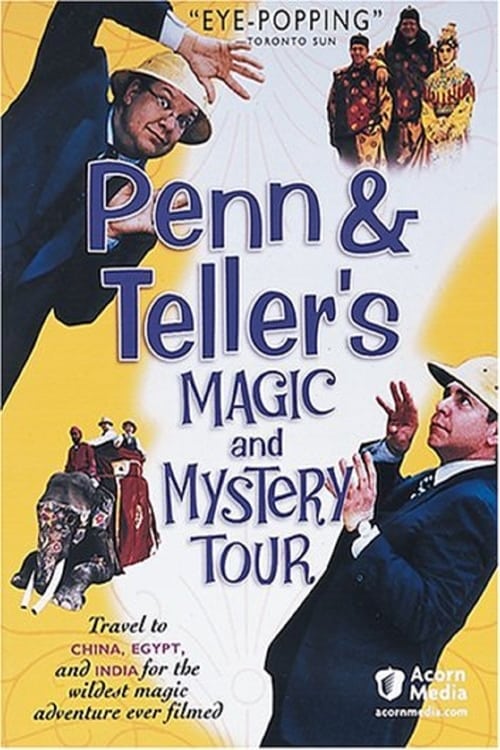 Penn & Teller’s Magic and Mystery Tour is a 2003 television documentary miniseries starring Penn & Teller. The program was created by the CBC in association with Channel 4 Film.

The show focuses on street magic, and the subjects of each of the three shows are China, India, and Egypt. Unusually for Penn and Teller, Teller speaks in the Egypt episode, even though part of their trademark performance is that Penn does all the speaking.