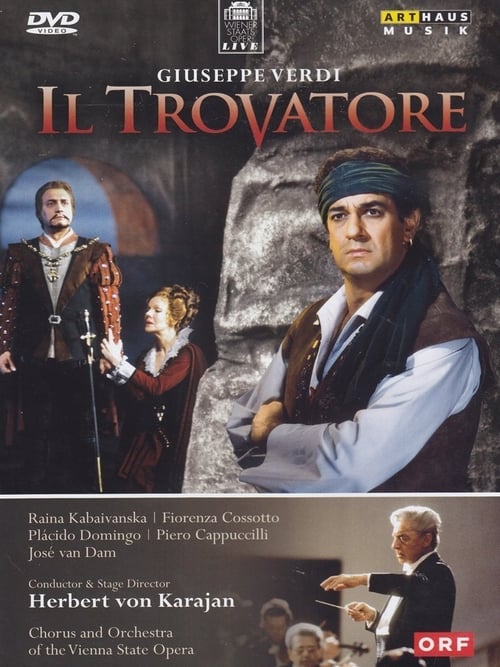 The gypsy Azucena (Fiorenza Cossotto) takes revenge for her mother who was accused of putting a curse on one of the old Count di Luna’s two sons: she decides to abduct the younger child and throw it in the flames. But when she is about to carry out this fatal act, the gypsy sacrifices her own child and keeps the old Count’s son, whom she names Manrico (IL TROVATORE, Plácido Domingo). Later, as adults, the troubadour Manrico and the Count di Luna’s elder son (Piero Cappucilli) do not know each other, but become rivals for the beautiful Leonora (Raina Kabaivanska). Manrico succeeds in winning the young woman’s heart, and she sacrifices herself for him, deceiving the Count’s son. Mad with jealousy, the latter orders the execution of the troubadour in front of his mother. Azucena reveals to him that Manrico was his brother. This legendary performance of Giuseppe Verdi’s most successful opera was recorded at the Vienna State Opera under the baton of Herbert von Karajan.

Where can you watch Il Trovatore - Verdi online?