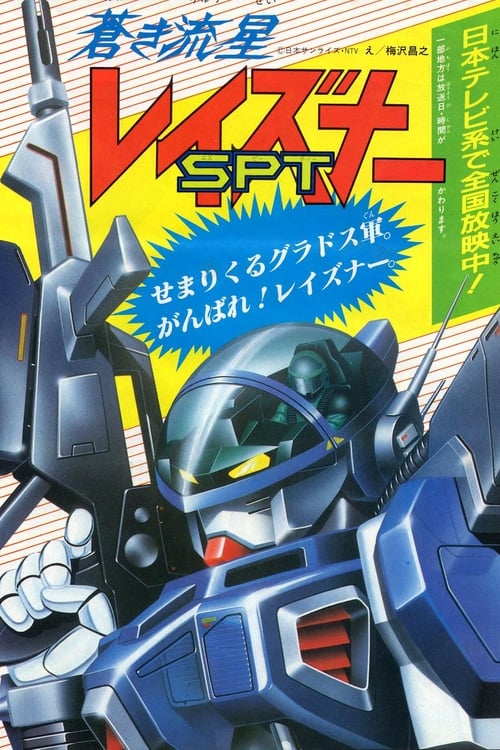 Blue Comet SPT Layzner, sometimes translated as Blue Meteor SPT Layzner, is an anime series produced by Sunrise and Tatsunoko Production between 1985 and 1986. Its original creator was Ryousuke Takahashi of Armored Trooper Votoms fame who served as the writer and wrote the scripts for such shows as Panzer World Galient, Tetsuwan Atom, Zero Tester, Fang of the Sun Dougram, Cyborg 009, Gasaraki and Blue Gender.