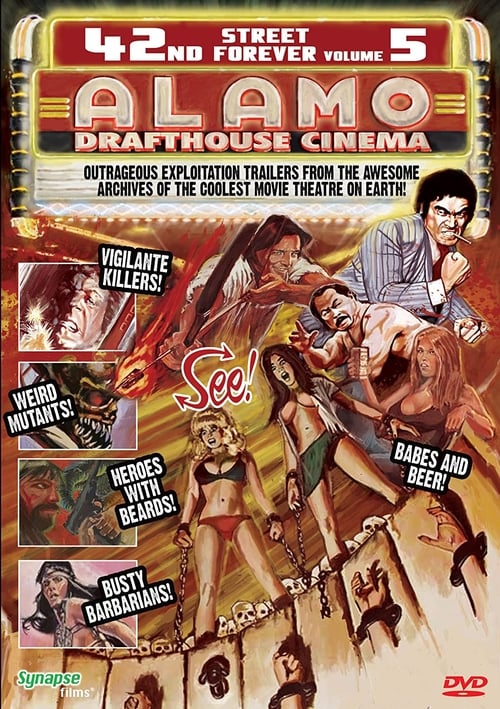 WELCOME TO THE ALAMO DRAFTHOUSE CINEMA, the most awesome post-modern hot spot for exploitation movie revival, deep in the heart of Texas! Home to world-famous events such as The Quentin Tarantino Film Fest, Fantastic Fest and Butt-Numb-A-Thon, the Alamo is one of the last places on earth where you can still see grindhouse classics such as THE DEVIL WITHIN HER and MAD MONKEY KUNG FU. Now, the Alamo has opened their vaults for a peek at some of the most outrageous cinematic gems from several golden ages of sleaze cinema. Digitally re-mastered in high-definition from the actual reels that show every week at the Alamo, this exciting edition of the 42ND STREET FOREVER series is the most bizarre, the most terrifying and the most hilarious one yet!