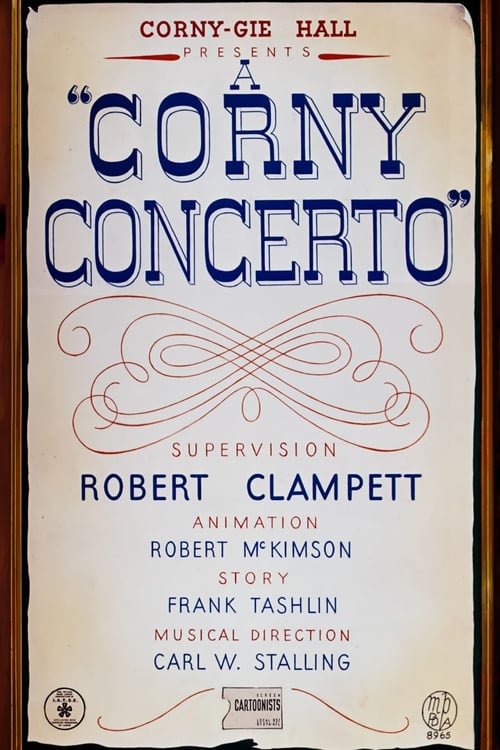 About A Corny Concerto

A Corny Concerto is an American animated cartoon short produced by Leon Schlesinger Productions and distributed by Warner Bros. It was directed by Bob Clampett, written by Frank Tashlin, animated by Robert McKimson and released as part of the Merrie Melodies series on September 25, 1943. A parody of Disney’s 1940 feature Fantasia, the film uses two of Johann Strauss’ best known waltzes, Tales from the Vienna Woods and The Blue Danube, adapted by the cartoon unit’s music director, Carl Stalling and orchestrated by its arranger and later, Stalling’s successor, Milt Franklyn. Long considered a classic for its sly humor and impeccable timing with the music, it was voted #47 of the 50 Greatest Cartoons of all time by members of the animation field in 1994

Where can you watch A Corny Concerto online?