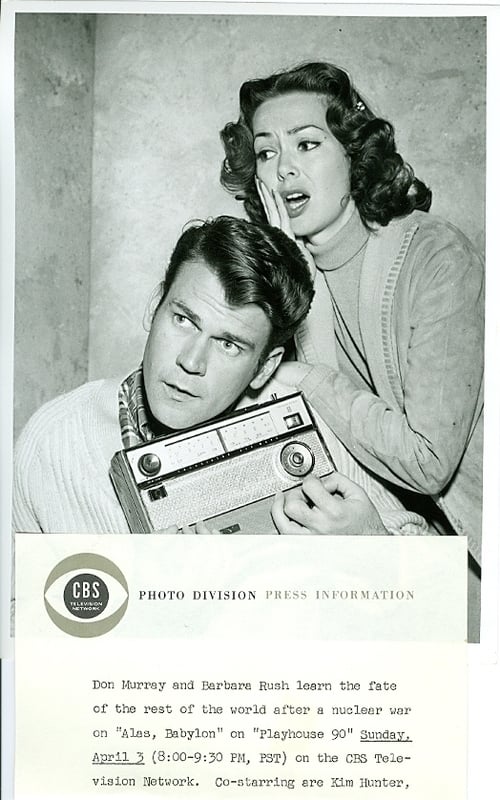 The Playhouse 90 teleplay of “Alas, Babylon” unflinchingly portrays the tragic aftermath of a major nuclear conflict with the U.S.S.R, including scenes featuring a child being rendered blind from a violent bomb flash and a character severely disfigured by radiation burns.  Narrated in flashback with solemn resignation by noir veteran Dana Andrews, who announces in the play’s first lines that he is already dead (à la Sunset Boulevard), the controversial drama was both lauded and criticized for its grim, daringly honest exploration of a scenario in which “92 percent of the world’s people were killed.”

Where can you watch Alas, Babylon online?