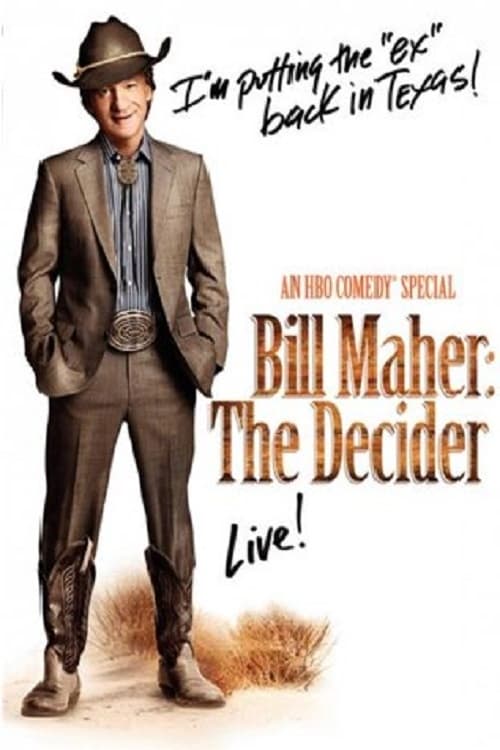 About Bill Maher: The Decider

Superstar comedian/writer Bill Maher, one of the most highly credited comic minds today, is back in an all-new solo HBO comedy special performed live. Maher, known for his sharp wit, offers his candid and hilarious opinions on a wide range of social and political issues including sex, drugs, Iraq, immigration, President Bush, and much more in this can’t miss special. Live show from Berklee Performance Center, Boston, Massachusetts

Where can you watch Bill Maher: The Decider online?