Brennan of the Moor 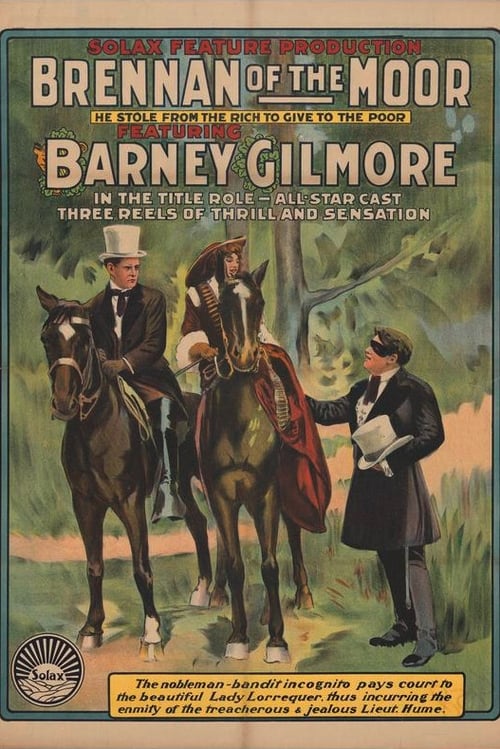 About Brennan of the Moor

The film carries the slogan: ‘He Stole From the Rich to Give to the Poor’. It is a story of the ‘nobleman-bandit’, Brennan O’Malley, who is captured and imprisoned, but an attempt to drown him through flooding his cell fails. Recaptured after his escape from prison, he overwhelms a soldier and escapes again. He then holds up Lord Hastings and changes into his clothes. He escapes through a secret passage with Betty, Lady Lorrequer whom he had earlier rescued and with whom he had fallen in love. The couple cross a chasm with the aid of a human chain to elude Lord Hastings’ troop of soldiers. In the pursuit, Hastings falls into the sea and is killed, while Brennan and Betty escape by ship.

Where can you watch Brennan of the Moor online?