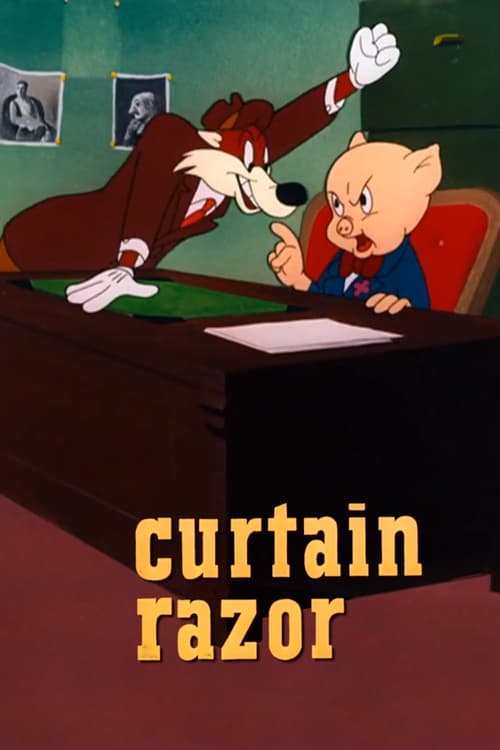 Porky, a talent scout for “Goode and Korney Talent Agency,” auditions various acts. A final gag has a wolf performing this “stupendous act” where he wears a devil hat, cape and the like, drinks nitroglycerin, gasoline and other explosive stuff, then swallows a match. KABOOM! Porky thinks that the act is really good until the wolf’s ghost comes in and says that there’s a catch… “I can only do it once!”(Source: bcdb.com)

Where can you watch Curtain Razor online?