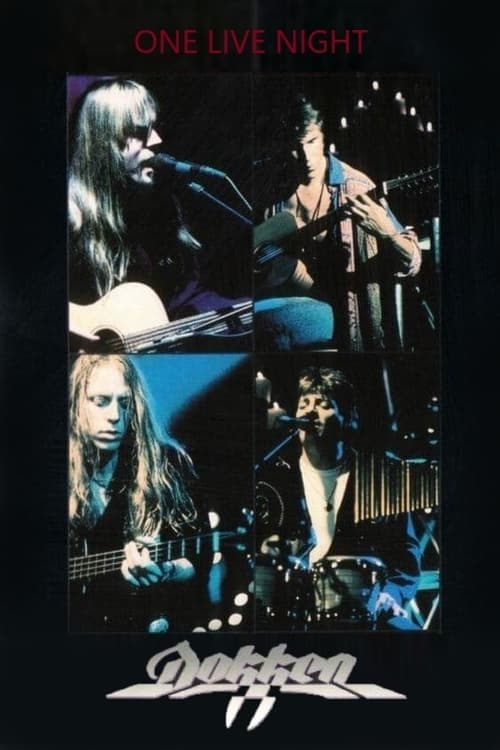 About Dokken - One Live Night

Dokken - One Live Night movie was released Feb 22, 2000 by the BMG Special Products studio. .80 minute DVD features a full-length concert recorded live at the Strand in Redondo Beach, CA. Includes 12 tracks lik e Into the Fire, Unchain the Night, Nothing Left to Say, Nowhere Man, From the Beginning and much more! Also includes an interview with the entire band and a bonu s video: The Road Crew and Band Segment. A video companion to the metal rockers’ stripped-down live album, including favorites like “Unchain the Night” and “Into the Fire Dokken - One Live Night video. ” In addition, Don Dokken and the boys also play such rarities as acoustic ballads and covers of the Beatles and progressive rock gods Emerson, Lake, and Palmer Dokken - One Live Night film. Included as a special bonus is candid post-concert footage of the band hanging with their road crew Dokken

Where can you watch Dokken - One Live Night online?