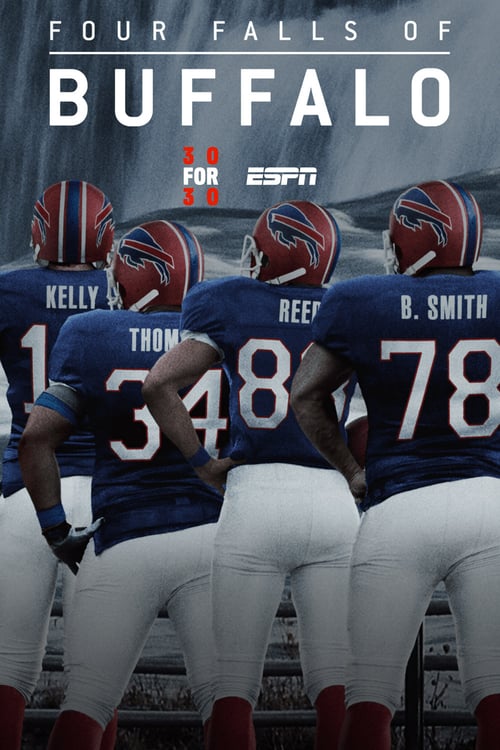 About Four Falls of Buffalo

In 1989, the Buffalo Bills were a talented team full of big personalities, including future Hall-of-Famers Jim Kelly, Bruce Smith, Thurman Thomas and Andre Reed. Dysfunction and infighting ran as deep as the talent in their locker room, but the team known as “The Bickering Bills” would soon transform themselves into an elite force. From 1990 through 1993, the Bills went on an unprecedented run of AFC Championship victories, appearing in a record four straight Super Bowls. But what’s been remembered most is how those Super Bowl appearances played out, with the Bills losing all four. Along the way though, the Bills took part in some of the defining NFL moments of the era. Theirs is a heartbreaking tale, yet one that ultimately proves Jim Kelly and the Bills to be among the most perseverant group of players in NFL lore.

Where can you watch Four Falls of Buffalo online?