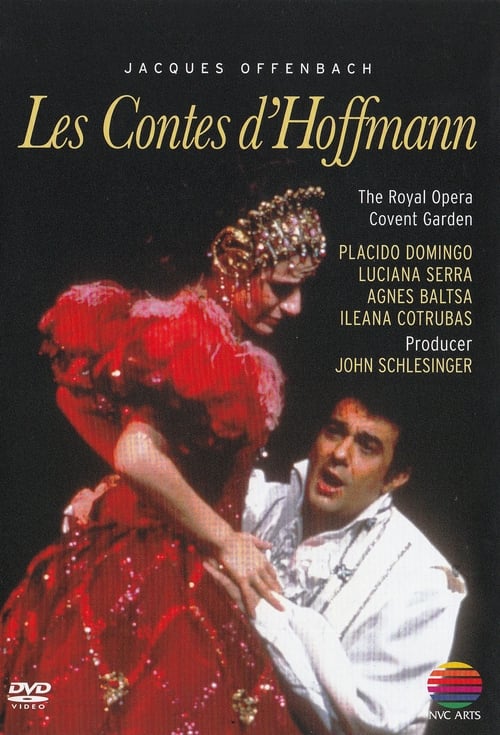 Seeking to exorcise the failure of his current love affair, the poet Hoffmann tells the tales of his three past loves - the doll-like Olympia, the high-class courtesan Giulietta, and the ambitious but delicate Antonia - and recalls how each was thwarted by the evil influence of his rival. In this production by the distinguished film director, John Schlesinger, with spectacular designs by Maria Bjornson and William Dudley, Offenbach’s nightmare world is brought to life. The all-star cast is headed by Placido Domingo as Hoffmann: his three loves are Ileana Cotrubas, Anges Baltsa and Luciana Serra and the manifestations of his rival are sung by Geraint Evans, Robert Lloyd, Siegmund Nimsgern and Nicola Ghiuselev. The score, which includes such favourites as the “Barcarolle” and the “Doll’s Song”, is conducted by Georges Pretre.

Where can you watch Les Contes d'Hoffmann online?