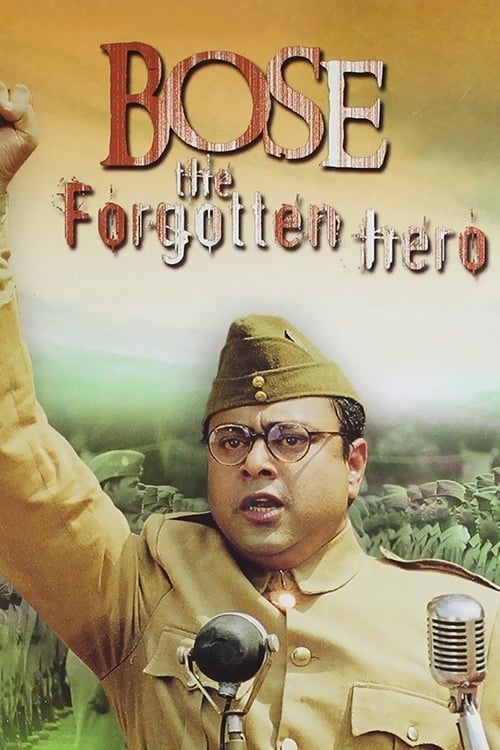 Netaji Subhas Chandra Bose: The Forgotten Hero (also known as Bose: The Forgotten Hero) is a 2005 film directed by Shyam Benegal and starring Sachin Khedekar, Kulbhushan Kharbanda, Rajit Kapur, Arif Zakaria, and Divya Dutta. The movie depicts the last five years of the life of the Indian independence leader “Netaji” Subhash Chandra Bose. It starts out at the point where Bose resigns from his position as the president of the Indian National Congress (I.N.C.) to the meeting with Italians by crossing Afghanistan’s rugged terrains and entering into Europe, to romancing his German secretary and appointment with Adolf Hitler in Berlin, to his inspiring of the Indian P.O.W.s (Prisoners Of War) of the ‘Punjab Regiment’ (British Army) for fighting against the British forces in India, to the patriotic speeches.

Where can you watch Netaji Subhas Chandra Bose: The Forgotten Hero online?