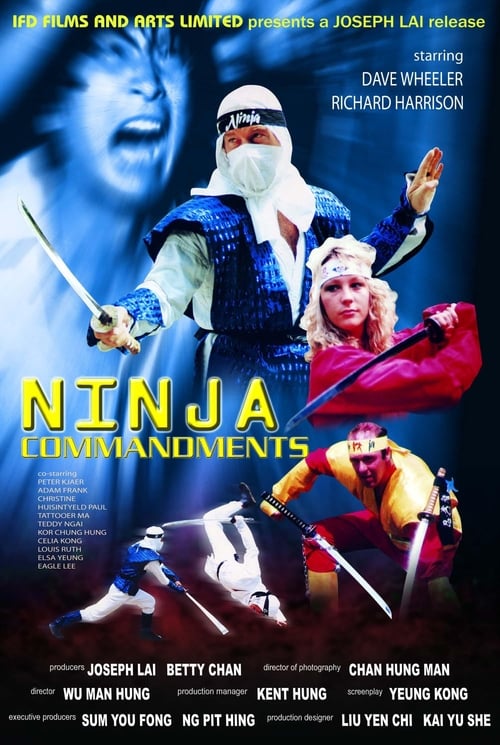 In an attempt to put their Ninja lifestyle behind them, Rodney and Janet retire to the countryside to raise a family. As the old saying goes though, you can’t run away from your past and the couple soon find themselves the target of a rather unpleasant gang. When Rodney is framed and put in prison, Janet is left to look after their son alone. Meanwhile, back at the clan, the Ninjas are facing a fierce internal struggle as the dastardly Stewart attempts a takeover. When Gordon returns from a mission, he soon uncovers the truth and the stage is set for a final face off of epic proportions.

Where can you watch Ninja Commandments online?