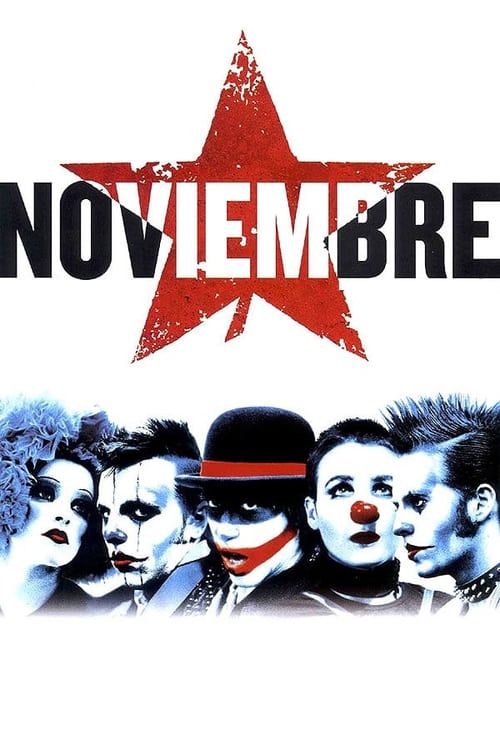 Impelled by a spirit which still preserves a patina of idealism, Alfredo arrives to Madrid with the intention to create “a performance that is free, straight from the heart, capable of making people feel alive”. His concept of what acting should be begins beyond the stage, out in the streets face to face with the public. Outdoors, in any town square, in a park or in the city’s most commercial street, Alfredo and his troupe November start the show; demons to provoke passers-by, displays of social conscience, actions taken to the extreme to put the forces of law and order on full alert. There are no limits, no censorship; only ideas which are always valid so long as the public ceases to be the public and becomes part of the show swept by surprise, fear, tears or laughter. Theater as life, life as theater… there is no longer any difference.

Where can you watch November online?