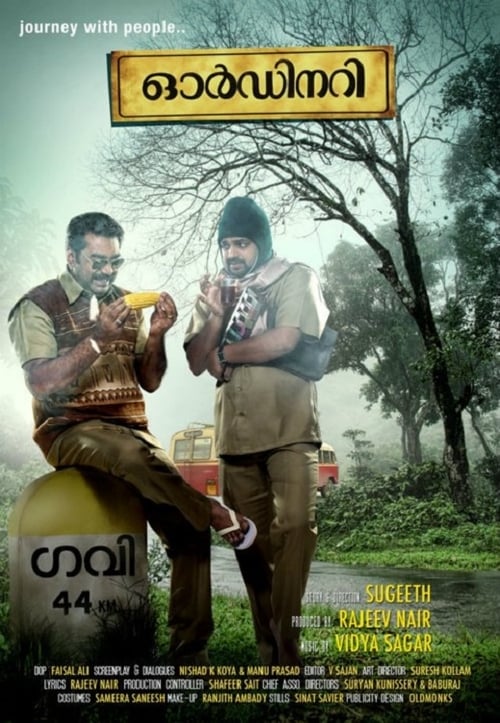 Ordinary is a 2012 Malayalam comedy drama film directed by Sugeeth and written by Nishad K. Koya and Manu Prasad. The film stars Kunchacko Boban, Biju Menon, Asif Ali, Jishnu, Shritha Sivadas and Ann Augustine in the main roles. The cinematography is by Faisal Ali and the music is composed by Vidyasagar. The film follows the adventures of a K.S.R.T.C. bus that travels from Pathanamthitta to the village of Gavi. It received mixed critical reviews and turned out to be the first blockbuster film of 2012 in Malayalam cinema.

Where can you watch Ordinary online?