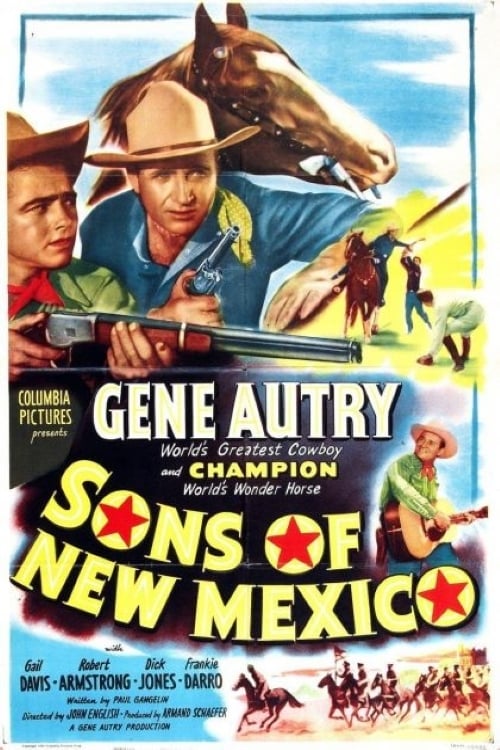 About Sons of New Mexico

Not quite as memorable as his previous Riders in the Sky, Gene Autry’s Sons of New Mexico is still well up to the star’s standard. This time, Gene tries to reform Randy Pryor, a would-be juvenile delinquent, played by Autry-protégé Dick Jones (who later starred in the Autry-produced TV series Range Rider and Buffalo Bill Jr). To this end, Pryor is enrolled at the New Mexico Military Institute, where much of this film was lensed. The kid chafes at the school’s regimen and escapes, heading back to his criminal mentor Pat Feeney (Robert Armstrong).

Where can you watch Sons of New Mexico online?