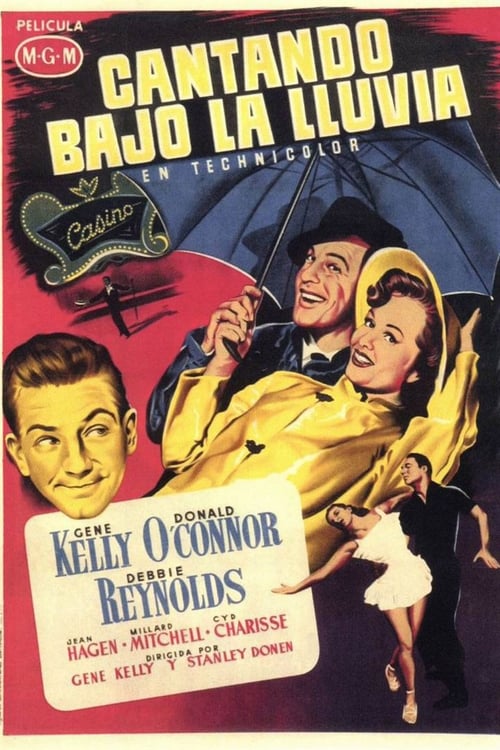 In 1927 Hollywood, a silent film production company and cast make a difficult transition to sound.

If you have never seen this musical classic, be aware that there is so much more than singing and dancing. It’s a truly funny takedown of Hollywood, and it still holds up almost 70 years later! Gene Kelly, Debbie Reynolds, and Donald O’Connor make this film a phenomenon.

Where can you watch Cantando bajo la lluvia online?