The Hulu exclusive movie “Prey” is making headlines as Disney has announced that it (allegedly) smashed records at the streaming service over the weekend, but with a franchise as popular as “Predator,” it is curious that the film didn’t make its way onto the big screen.

Unlike how Warner Bros. Discovery has recently been shelving films based on their perceived quality, Disney’s decision had nothing to do with how good of a film the company felt “Prey” was, but rather it all centered around a deal inherited when the company acquired FOX. Instead it putting the movie on Hulu was part of an effort to prevent a rival studio from getting a piece of the “Prey” pie.

Based on the popular Predator film series, “Prey” takes a look back in time to the Comanche Nation as a camp of warriors is threatened by an unknown foe. According to Disney, the release was a resounding success and was Hulu’s top premiere event ever based on viewing hours. The film was apparently a hit throughout the world, smashing records left and right on Starz+ and Disney+ internationally.

So the question is, with a film that always seemed destined to inspire critical and commercial excitement, why did Disney opt to put it directly on a streaming service, instead of capitalizing on the financial potnetial in movie theaters first? Well, the answer goes back to 2019 when Disney officially took control of the bulk of FOX Studios, including its extensive library and projects in development and yet to be released.

That included the theatrical flop “New Mutants” and “Prey,” amongst others. While the House of Mouse would have wanted to avoid anything like “New Mutants’” 35% on Rotten Tomatoes, that’s not likely why the company kept “Prey” on streaming.

In reality, Disney likely realized that it had a good movie on its hands — the film currently has a 92% rating on Rotten Tomatoes — and didn’t want to cede streaming control of it to WBD. Due to licensing deals that Fox entered into before the merger, if “Prey” had been released in theaters, it could have eventually streamed Hulu, but not until after it had a lengthy exclusive streaming window on HBO Max. While Disney could have made money at the box office, if the company had gone that route, it would have also been giving a rival studio the rights to a big-budget, sci-fi film based on a well-recognized property that HBO had no hand in creating. 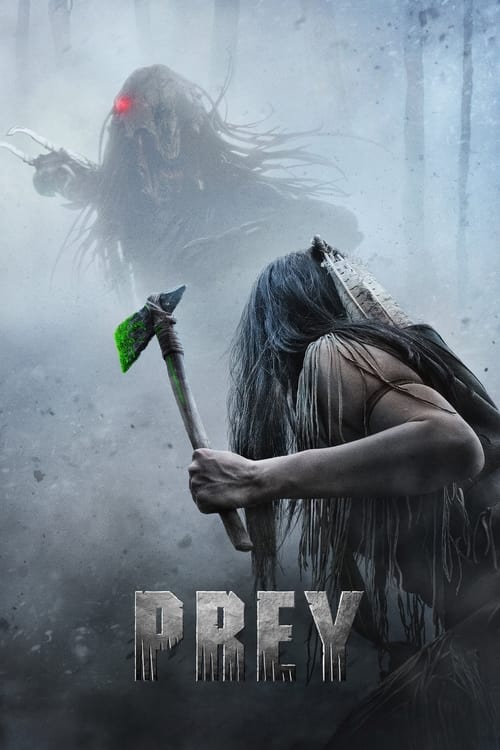 When danger threatens her camp, the fierce and highly skilled Comanche warrior Naru sets out to protect her people. But the prey she stalks turns out to be a highly evolved alien predator with a technically advanced arsenal.

Disney must have crunched the numbers and discerned that the financial windfall that a potential blockbuster could provide didn’t outweigh the cost of essentially giving a hit to its competitor. Of course, Disney didn’t know if “Prey” would even be successful as the last franchise offering, 2018’s “The Predator,” was a box office disaster.

So, the company determined that the more beneficial option would be to shift the movie to its streaming service, bypassing HBO Max altogether. Disney and Hulu have been battling licensing rights ever since the merger with FOX. Disney had already been forced to share releases with HBO Max, most recently with “The Bob’s Burgers Movies” which premiered on streaming last month. As more films move through the pipeline, these complications aren’t expected to last past 2022, but “Prey’s” presence on Hulu, instead of in the multiplex, has quickly become one of the biggest examples of how those evaporating agreements have impacted corporate strategy.

Original content is definitely a key aspect to streaming success, necessary for drawing in new subscribers and keeping current ones engaged. With Disney giving up on potential box office millions, the decision to release “Prey” to Hulu keeps a marketable franchise within the company’s control and prevents HBO from mooching off of the rival studio’s success. As these FOX deals fade, Disney will likely go back to theatrical runs for big-budget titles instead of using them as bait to lure in subscribers to its cadre streaming services.