Around the World in 80 Days PBS

How to Watch ‘Around the World in 80 Days’ Premiere Live on Apple TV, Roku, Fire TV, and Mobile

Jules Verne’s classic adventure novel, “Around the World in 80 Days,” is coming to PBS in an eight-part Masterpiece series. Filmed in South Africa and Romania, this new rendition will take viewers on an adventure of a lifetime. You can watch the series premiere on PBS on Sunday, January 2 at 8 p.m. with in the PBS App or with a Live TV Streaming Service

PBS is available in many markets on DIRECTV STREAM and YouTube TV. It will also be available starting January 7th via the PBS Masterpiece App, which is available with a 7-Day Free Trial.

About ‘Around the World in 80 Days’

David Tennant (“Dr. Who”) plays the role of explorer Phileas Fogg. Joining him on his journey are his valet, Jean Passepartout (Ibrahim Koma) and journalist Abigail “Fix” Fortescue (Leonie Benesch).

In the trailer, Fogg declares his next quest, prompted by a hefty bet. He said, “I’m going to circumnavigate the globe in 80 days!” By train, hot-air balloon, boat, and camel, the trio sets out on a thrilling adventure to travel the entire globe. Along the way, they see many exquisite sights while running into dangerous situations, including the intense heat of the desert and strikes in Paris. Who knows where else this incredible journey may take them?

The series was created by Ashley Pharoah and Caleb Ranson. New episodes air Sundays at 8 p.m. ET through February 20 on PBS. Check your local PBS listings for more details. 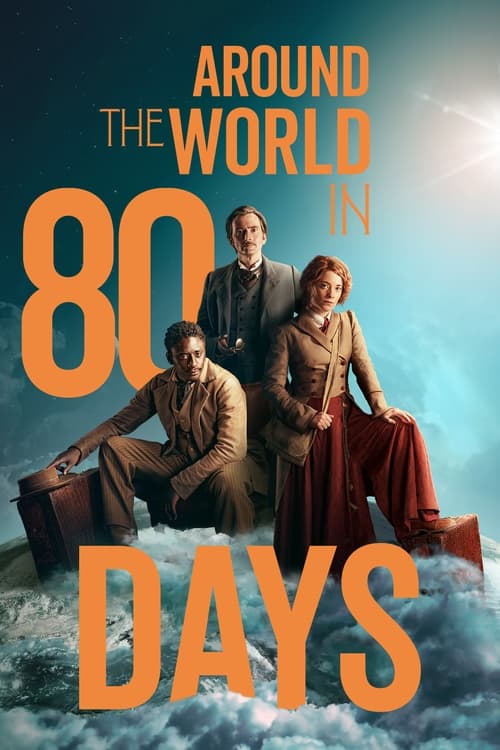 Around the World in 80 Days

Following an outrageous bet, Fogg and his valet, Passepartout, take on the legendary journey of circumnavigating the globe in just 80 days, swiftly joined by aspiring journalist Abigail Fix, who seizes the chance to report on this extraordinary story.

How to Stream the ‘Around the World in 80 Days’ Series Premiere Live on Roku, Fire TV, Apple TV, iOS, and Android

There are six major streaming providers that offer Live TV Streaming. One of these providers allows you to watch the “Around the World in 80 Days” premiere live on PBS using iOS, Android, Roku, Apple TV, Fire TV, Chromecast, and Web.