Streaming News Round-Up: ‘Blade Runner’ Series Picked Up, ‘Reacher’ Adds to Season 2 Cast, Taye Diggs Is ‘Back in the Groove’

On Thursday, it was announced that Prime Video had picked up a series sequel to the iconic sci-fi film “Blade Runner” and its recent follow-up “Blade Runner 2049.” The franchise’s first series, “Blade Runner 2099,” will be executive produced by the original film’s director Ridley Scott. As can be surmised by the title, the series will be set 50 years after the latest film installment.

Shaun Sipos (“Outer Ranger”) will play a leading role in Season 2 of “Reacher” on Prime Video when the series eventually arrives on streaming. The show follows a military investigator — played by Alan Ritchson — who has returned to civilian life. In the series’ second season, Sipose will play a character who served with Reacher and remains a good friend. While Season 1 was based on the first book in Lee Child’s “Reacher” series, the sophomore season — which is expected to stream next year — will follow “Bad Luck and Trouble,” the franchise’s 11th book.

Watch the trailer for Season 1 of “Reacher”:

Taye Diggs, who starred in the iconic film “How Stella Got Her Groove Back,” will be hosting “Back in the Groove,” a new dating show for Hulu. Following a similar premise to the film, three 40something women check into the Groove Hotel in the Dominican Republic to reclaim their youth. They are also looking for love with guys half their age. There is no word yet on when the reality series will stream, but you can stream the “Stella” movie that inspired it on various platforms. 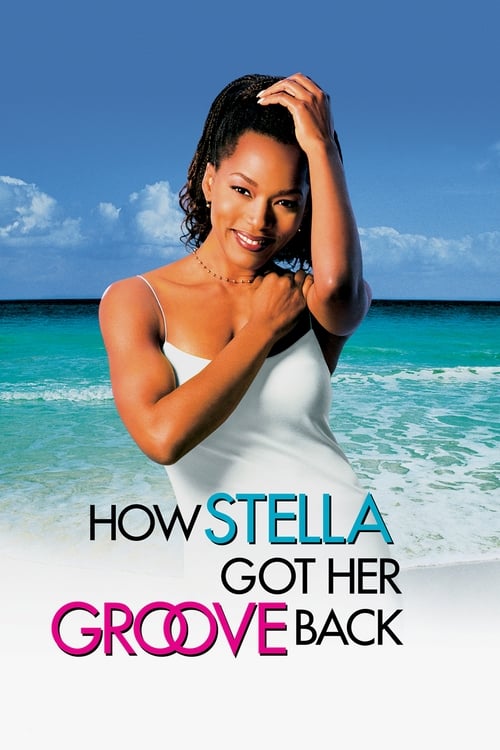 How Stella Got Her Groove Back

Through good times and bad, Stella and Delilah have always had each other. Now, Stella’s so busy building a life that she’s forgotten how to really live. But Delilah is about to change all that. What starts as a quick trip to Jamaica, end as an exhilarating voyage of self discovery as Stella learns to open her heart and find love - even if it’s with a man 20 years her junior.

Timothy Olyphant (“Deadwood”) and Dennis Quaid (“The Parent Trap”) joined HBO Max’s “Full Circle” as series leads. The Steve Soderbergh-directed series will also star Zazie Beetz and Clair Danes. The six-episode show is about a kidnapping that goes awry and the important secrets the investigation uncovers. While details on the show are being kept quiet for now, Olyphant is believed to be playing Danes’ husband and Quaid is rumored to be set as a famous chef whose grandson was the target of a planned kidnapping.

Tubi will stream the movie “Hot Take: The Depp/Heard Trial” on Sept. 30, starring Mark Hapka as Johnny Depp and Megan Davis as Amber Heard. The ripped-from-the-headline movie is based on the recent, scandalous defamation trial between the battling couple. The movie is written by Guy Nicolucci and directed by Sara Lohman.

Acorn TV is debuting the prequel series “Mystery Road: Origin” on Sept. 26. New detective Jay Swan (played by Mark Coles Smith), arrives in an Australian Outback town, home to his estranged father. While investigating violent robberies, Swan is forced to confront death, a new love, and the challenges of being a police officer.

TCM will present TCM Original Documentaries’ short film “High Noon on the Waterfront” on Oct. 13 as part of a curated night of classic films about the 75th anniversary of the Hollywood backlist. The film recalls the blacklist’s impact on iconic masterpieces “High Noon” (1952) and “On the Waterfront” (1954). Actors Edward Norton and John Turturro voice a dialogue between “High Noon” writer Carl Foreman and “On the Waterfront” director Elia Kazan. Both original films air back-to-back after the 15-minute documentary.

You can stream TCM via DIRECTV STREAM.