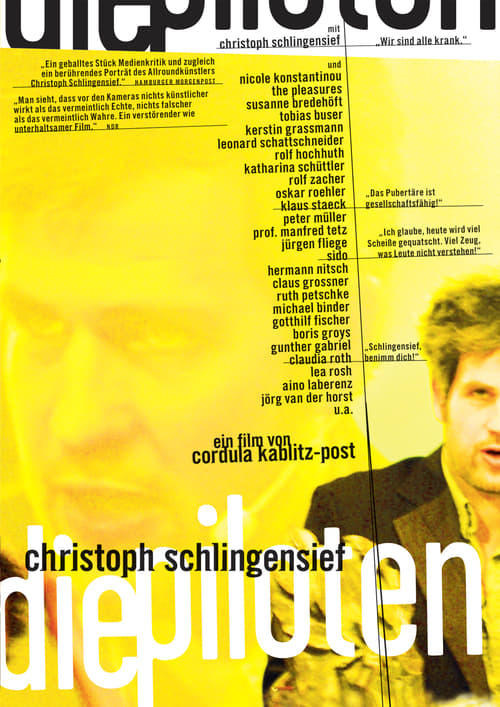 Documentary satire about a project by Christoph Schlingensief: Ten years after his TV project “Talk 2000”, Schlingensief started to work on a new talk show – at least that was what he claimed. But in reality, it was obvious that the pilot episodes he produced would never be broadcasted. Nevertheless, all celebrities from the political and cultural sphere, Schlingensief had requested, accepted his invitation, including the filmmaker Oskar Roehler, the televangelist Jürgen Fliege, the politician Claudia Roth, or the rapper Sido. It is beyond question, that the talk show panel took an unconventional course directly from the start – and was soon threatening to turn into an uproar.