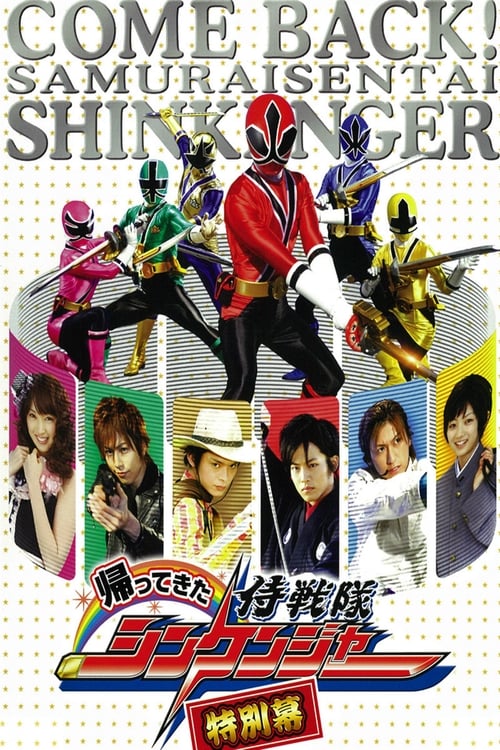 The film begins with the Shinkengers defeating the Ayakashi Demebakuto. As he assumes his second life, he captures the Shinkengers in mirrors as he sends them into a series of different dimensions (all different film genres) in order make them suffer for his amusement before actually killing them. First, the Shinkengers appear in the jidaigeki Lord’s log of Notable Events, fighting a group of samurai, shortly followed by a Western showdown between Genta and Ginshirō, the owner of the rival sushi stand Silver Zushi, over whose food is better in Wild Grip. Then the scene changes again to the cop drama Passionate Version with the vassals as cops while Takeru is being held hostage as the Shinkengers starts to realize that something is wrong.