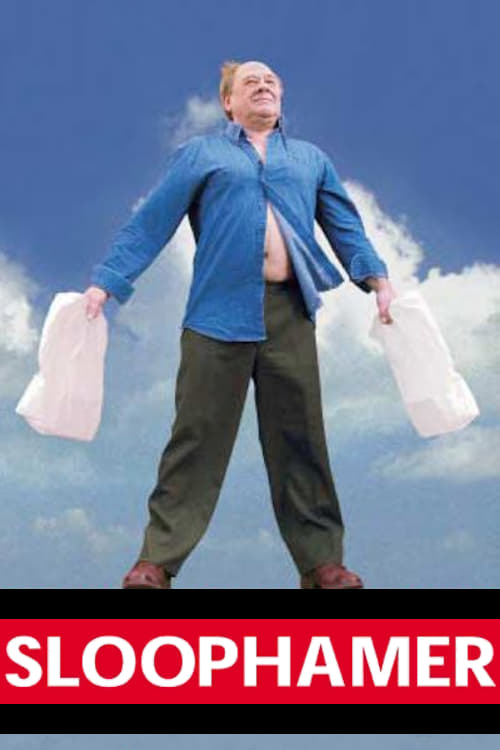 From different time perspectives, Sloophamer tells the story of 55-year-old Dirk, who one Friday afternoon returns to his house in the pleasant street where he leads a happy life. He is proud of the house he has converted into a snug little palace with his own hands. But then, suddenly, a wrecker’s ball knocks a gaping hole into the outside wall. Dirk’s wife quickly explains that the house is going to be demolished, but the bull-headed Dirk refuses to vacate the place. Still, the overseer of the demolition team wants to finish the job before the weekend. To ‘smoke out’ the couple, he makes their situation increasingly dire. Water, gas and electricity are cut off and the anti-riot squad is even on standby. While Dirk is cheered as a hero by sympathisers, the overseer decides to go upstairs and terminate the predicament. There, he finds a different man than he had imagined. It slowly becomes clear that Dirk is out of touch with reality.