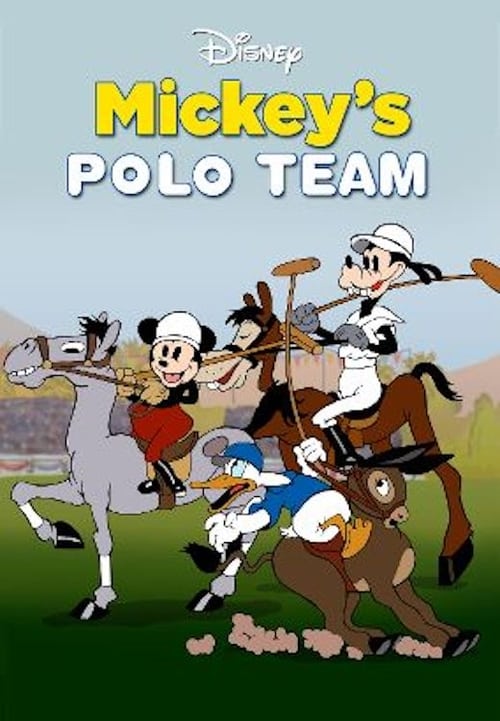 Mickey leads his polo team Donald (on a mule), Goofy, The Big Bad Wolf against an all-star team: Stan Laurel, Oliver Hardy, Harpo Marx (on an ostrich), Charles Chaplin, in a game refereed by Jack Holt. Featured spectators include the Three Little Pigs with Shirley Temple, W.C. Fields, and Clarabelle Cow with Clark Gable. Game action proceeds pretty much as you might expect from this bunch of comedians.