Mortadelo & Filemon Mission Save the Planet 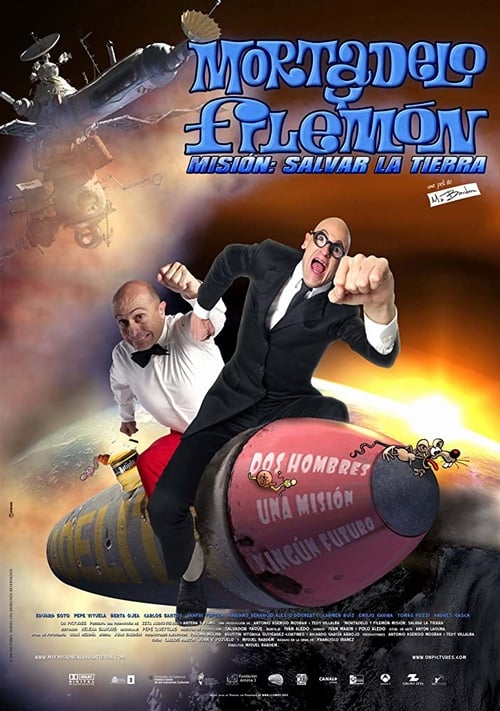 Mortadelo & Filemon Mission Save the Planet (2008)

The planet is facing a great threat. During the worst drought ever known, a group of wrongdoers are in the process of finishing all the reserves of water that remain on Earth. The best secret agents in the world meet urgently, but they don’t even have a clue. To make things even worse, the evil Botijola plans to sabotage the meeting. His intention is to convert the water into a substitute. In order to do this, he also tries to kidnap mad Professor Bacterio and get him to work for him. However, there are two things Botijola wasn’t expecting. On the one hand, Bacterio, before being kidnapped, hid the parts of his invention in different historical moments, using a time machine. On the other hand, there are two international agents who haven’t turned up at the sabotaged meeting, two agents who become the world’s only hope: Mortadelo and Filemón.