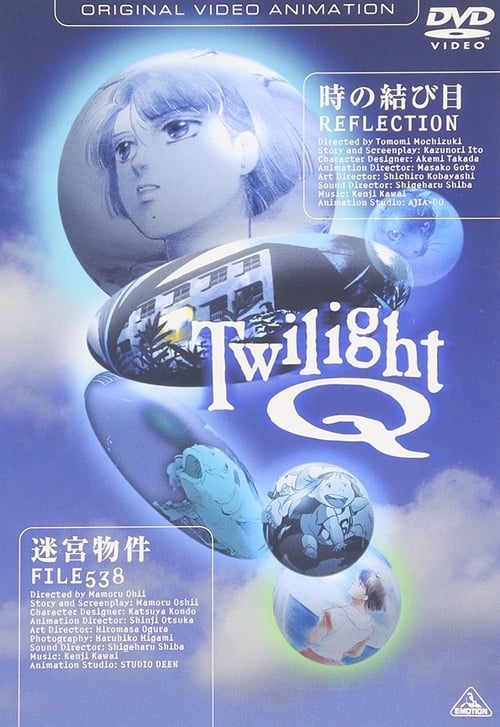 Part 1: “Time Knot: Reflection” Written by Kazunori Itô, directed by Tomomi Mochizuki. Mayu finds a camera floating in the ocean while on vacation. A very unusual camera. The film, mostly intact, reveals a picture of herself with a man she has never seen before. But that isn’t the unusual part. This camera hasn’t been made yet, and won’t be made for another two years. Soon, Mayu finds herself swinging uncontrollably back and forth through time like a pendulum. Part 2: “Mystery Article File 538” Written and directed by Mamoru Oshii. This episode follows a down-on-his-luck detective who accepts the first case to come his way: Surveillance of a man and a little girl. But who are they? And why do airplanes that fly over them turn into giant imperial carp? An investigator’s normal methods don’t apply when reality itself no longer applies.