How to Watch ‘Reboot’ Series Premiere for Free on Apple TV, Roku, Fire TV and Mobile

Are all reboots really a good idea? Nostalgia is great, but sometimes shows die for a reason. Studios, however, love dusting off an old property that they can revive for cheap, no matter how poorly the actors (or the concept) have aged. That’s the premise of the newest comedy series from Hulu, aptly titled “Reboot.” The series stars Keegan Michael Key as Reed Serling, an actor from a popular early-aughts sitcom that is being rebooted. Catch all the laughs and introspective moments of “Reboot” with a 30-dagers gratis prøve of Hulu.

How to Watch ‘Reboot’

Actor Reed Serling is a stuffy, fussy Yale graduate who never thought his acting career would go the way it did. Cast in the fictitious family sitcom “Step Right Up,” Serling saw financial success but also resents the show for dooming him to a lifetime of typecast roles. His costar, Bree Marie Jensen (Judy Greer), is a former pageant girl from rural Virginia who was just looking for a big break, but left the show to marry a duke when stardom went to her head. Johnny Knoxville also stars as Clay Berber, a stand-up comedian with a shady past whose only real claim to fame was the original “Step Right Up.” 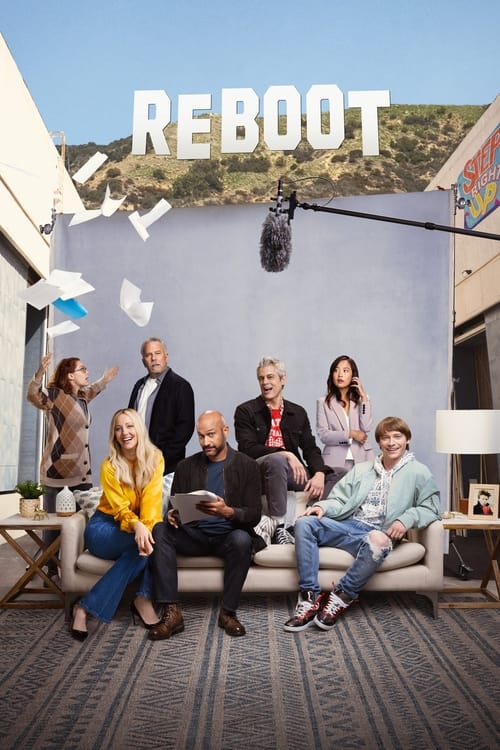 When Hulu reboots an early 2000s family sitcom, its dysfunctional cast is forced back together and now must deal with their unresolved issues in today’s fast-changing world.

The cast was happy to go their separate ways, but Hollywood is Hollywood. When the show’s creator (Paul Reiser) decides to reboot the show using the original cast, they’re forced back together after nearly 20 years, and they’ll be forced to deal with all their unresolved issues in today’s fast-changing world. The series also stars Rachel Bloom, Calum Worthy, and Krista Marie Yu.

The first three episodes will premiere Tuesday, Sept. 20, with a new episode to come each following Thursday.

Can You Stream The Series Premiere of ‘Reboot’ For Free?

If you’re not already a Hulu subscriber, yes. Hulu offers new customers a 30-day free trial to either its ad-free or ad-supported tiers, so you can watch a good chunk of the first season of “Reboot” free.

What Devices Can You Use to Stream ‘Reboot’ on Hulu?

Check out the 'Reboot' trailer: