The new film “Bodies Bodies Bodies” opened in select theaters on Aug. 5, with the release expanding on Aug. 12. A dark comedy directed by Halina Reijn, the film follows one crazy night in which a group of young people (played by Pete Davidson, Rachel Sennott, Maria Bakalova, Chase Sui Wonders, Amandla Stenberg, Myha’la Herrold, and Lee Pace) gather for an all-night party in a large mansion during a hurricane.

“Bodies Bodies Bodies” features elements of suspense, comedy, and horror, while also sprinkling in a healthy amount of social commentary.

The film has been well-received, with a 90% positive fresh rating and 83% audience score on Rotten Tomatoes. In its extremely limited release, the film grossed $308,105 and is looking to capitalize on that as it enters theaters across the country.

For those who would prefer to have a house party of their own and stream “Bodies Bodies Bodies” from home, you might be asking when the movie will be available to stream? Unfortunately, there’s been no announcement yet of the timing or streaming destination for the film, and figuring out where — and especially when — films from A24 will go can be difficult.

The movie is being distributed by A24, which in 2019 signed an “exclusive output deal” deal with Showtime to bring A24’s theatrical releases to the premium cable channel and its associated streaming services. The Wrap reported at the time that A24 movies “released through Nov. 1, 2022” will be “eligible” for the Showtime deal, which would indicate “Bodies Bodies Bodies” is likely to land there.

A24 also agreed, in July, on a separate deal with HBO Max to bring 28 previously released A24 films to that streamer. However, all of those films are from 2018 or earlier, indicating that it won’t include newer releases like “Bodies Bodies Bodies.” 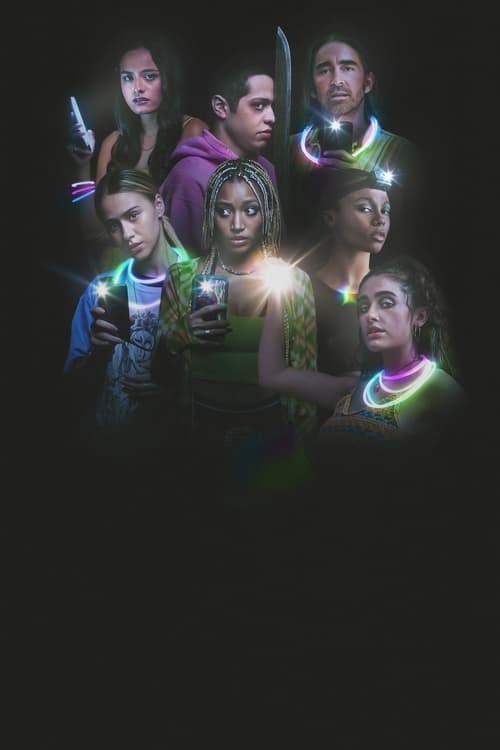 In an isolated family mansion, a group of rich 20-somethings decides to play Bodies Bodies Bodies, a game where one of them is secretly a “killer” while the rest tries to “escape”. Things take a turn for the worse when real bodies start turning up, setting off a paranoid and dangerous chain of events.

There are A24 movies on other services, while the company has a deal with Apple TV+ to collaborate on individual projects, like “The Tragedy of Macbeth” and “On the Rocks,” and a documentary announced this week about Steve Martin. Those projects all stream exclusively on the Apple streaming service, although Apple has not traditionally streamed A24 movies that aren’t part of that deal. So, it looks fairly certain that the movie will end up streaming on SHOWTIME before anywhere else.

As for how long it will take “Bodies Bodies Bodies” to come to a streaming service, there isn’t really an established formula for how quickly A24 movies make it to Showtime.

“After Yang” came out in theaters and on Showtime on the same day in March, but another acclaimed 2022 A24 movie, “Everything Everywhere All at Once,” was also released in theaters in March, but still hasn’t landed on any streaming service, although it is available on video-on-demand (VOD) channels.

Also not on Showtime yet, or any other streaming service, are “X,” “Men,” and “Marcel the Shell With Shoes On,” all A24 releases from the spring and summer.

Unlike studios that are part of a corporate structure that also houses a streaming service, A24 has no incentive to rush a title to a streaming service when it could instead make the most of its theatrical run and then capitalize on an extended VOD window, as it has done with “Everything Everywhere All at Once,” which is the company’s biggest box office hit to date. So, it is safe to assume that the future of “Bodies Bodies Bodies” will feature an extensive period on VOD after it leaves theaters, but how long each of those windows will be is likely to be determined by its box office success and staying power.

If we had to guess, we would place “Bodies Bodies Bodies” on Showtime about six months after its release, which would be around Feb. 10, 2023.

SHOWTIME offers a subscription video streaming service that gives access to content on Showtime without the need of a cable subscription. With your subscription, you’ll get access to all of their current originals like Billions, Shameless, Homeland, Ray Donovan, Black Monday, and On Becoming a God in Central Florida.