After being off the air for six years, “Shipping Wars” finally returns to A&E. This fast-paced, high-stakes reality shipping series features transporters who are willing to haul almost anything across the country. The two-episode season nine premiere airs Tuesday, November 30 at 10 p.m. ET/PT. You can watch it with a Prueba gratis 7 días of Philo.

When announcing the show's renewal, A&E teased that the series will be back “with brand new episodes featuring some of the biggest and most unique items yet.” During each half-hour episode of “Shipping Wars,” viewers can tune in to see the bizarre items the transporters are hired to haul. This diverse group of independent carriers is up for the challenge that other transporters won’t take on. They must race to deliver large and unusual items to their final destinations as the deadline approaches. What unique items will be transported during the new season?

Ahead of the season nine premiere, A&E hasn’t revealed the transporters who will be a part of the show, so fans will have to wait and see who makes an appearance. Sadly, “Shipping Wars” season nine will make its debut without fan-favorite, Roy Garber, who passed away on January 17, 2014, due to a heart attack. 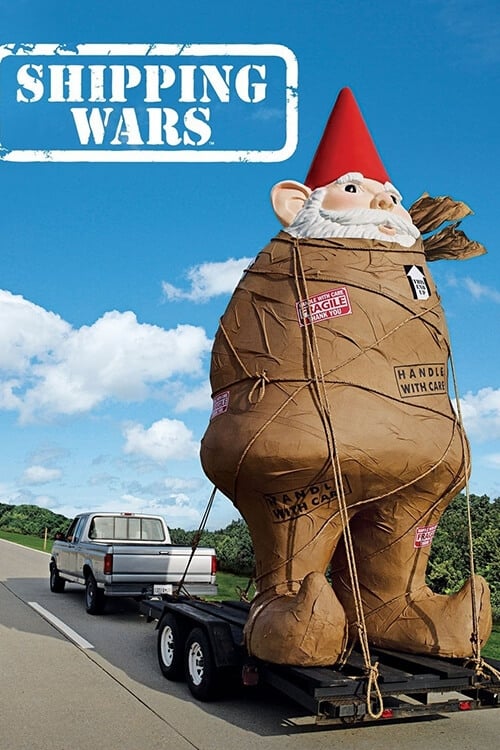 Shipping Wars is a reality TV series on A&E that began airing on January 10, 2012. The show follows six independent carriers who have discovered that fortunes can be made transporting items that traditional carriers either cannot or will not haul. The series also features uShip, the world’s largest online auction house for independent truckers. For Season 1, the featured carriers are Marc Springer, Roy Garber, Jennifer Brennan, Jarrett Joyce, and Suzanne and Scott Bawcom. Starting with Season 2, the Bawcoms are replaced by the team of Christopher Hanna and Robbie Welsh. Season 3 premiered on December 12, 2012 . New shippers Johnny Chavez and the team of Chelsea Grant and Courtney Aguilera appear in Season 4.