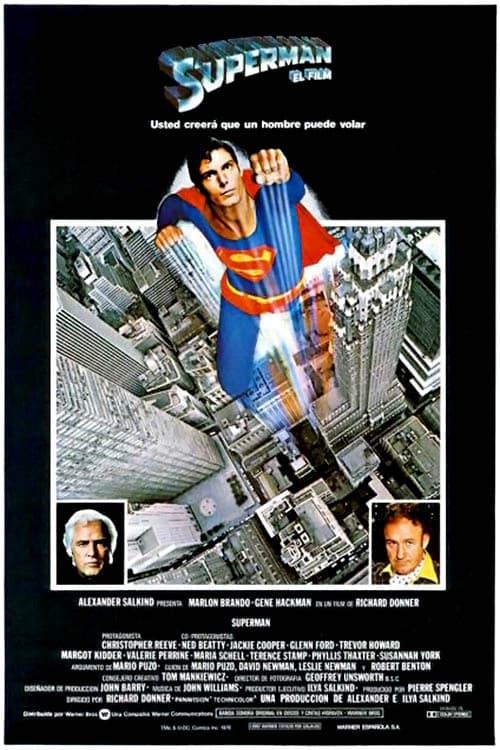 Mild-mannered Clark Kent (Christopher Reeve) works as a reporter at the Daily Planet alongside his crush, Lois Lane (Margot Kidder). Clark must summon his superhero alter-ego when the nefarious Lex Luthor (Gene Hackman) launches a plan to take over the world.

A phenomenal cast is buoyed by an iconic John Williams score in a superhero film that still ranks among the greatest ever.