If “knowing is half the battle,” the other half is actually doing something with that knowledge. Paramount knows “Snake Eyes: G.I. Joe Origins” is a bomb, so it’s dumping it on streaming rental sites just three weeks after it arrived in theaters. You can stream it today.

The action flick stars Henry Golding (“Crazy Rich Asians”) as the much-loved ninja character. Hasbro’s G.I. Joe franchise has never caught on the way its Transformers films have. The 2009 “Rise of Cobra” grossed $302 million worldwide. “Retaliation” grossed $375 million in 2013. “Snake Eyes” appears to be fizzling at just $27 million. In contrast, the five films in Hasbro’s Transformers franchise pulled in between $602 million and $1.1 billion dollars. 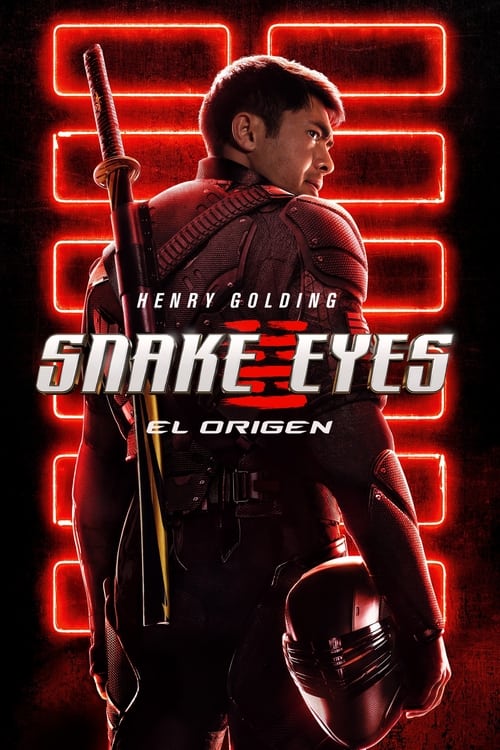 Whenever a movie fails at the box office, there is plenty of blame to go around. Maybe COVID scared the crowds away. Maybe the wave of 1980s nostalgia has passed. Maybe the character just isn’t known well enough. Maybe the movie stinks.

Whatever the case, the theater-to-home-video pipeline is undergoing a transformation. WarnerMedia upset many Hollywood heavyweights by unilaterally dropping its films in theaters and HBO Max on the same day throughout 2021. Disney sent its Pixar films directly to Disney+ while reserving some higher-profile pieces for Premier Access. Now, it’s testing the waters by going back to theatrical-only releases, but even the notion of experimentation is upsetting some stars. Then you have Scarlett Johansson suing Disney over the Premier Access option.

The filmmaking community prefers a long theatrical-only window, allowing the audience the opportunity to see the movies on the big screen. Consumers may prefer their choice of screen - big, small, or mobile. The movie companies are simply trying to make the most money. And streaming services are in an all-out war to land the most coveted content as quickly as possible.

Historically, there has been a stigma attached to “direct-to-video” films. Those were often low-budget affairs, perhaps too embarrassing to merit a big-screen release. With physical media fading, “direct-to-streaming” now carries some of the same stigma.

“Dune” director Denis Villeneuve recently came out railing against the option to stream his film. “Frankly, to watch ‘Dune’ on a TV, the best way I can compare it is to drive a speedboat in your bathtub,” Villeneuve said. “For me, it’s ridiculous. It’s a movie that has been made as a tribute to the big-screen experience.”

Paramount’s quick hook on “Snake Eyes” may be a fate even worse than direct-to-streaming. By going into theaters exclusively for the premiere, then retreating to streaming, the studio is essentially admitting it was a mistake to have theatrical faith in the movie, while still trying to squeeze money out of the film.

It may be too early to read too much into this move. As long as COVID is in play, the filmmaking community is bound to be subjected to experiments, failures, and unintended release methods. It seems it will be a long time before we move back to the old ways. But this move by Paramount suggests studios won’t hesitate to blow up any tradition if there’s money to be made in the short term.