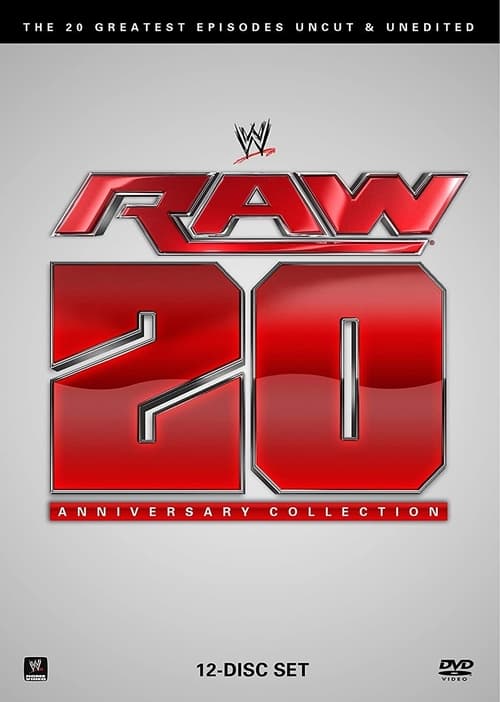 Commemorating the 20th Anniversary of Raw, WWE presents 20 of the most memorable Raw episodes in history all in one all-new collector’s set. For the first time ever, this collection will feature 20 COMPLETE EPISODES of Raw spread out over 12 DVD discs (10 Blu-ray). Each episode will be featured in chronological order, and were carefully selected to present a wide range that showcases all eras, several milestones and historic moments throughout Raw history. This collection is a must-own for WWE fans. Featured Episodes Include: The first Raw
The original DX invasion
Austin vs. McMahon with Dude Love interruption
The highest rated Raw ever (8.1)
Raw 15th Anniversary
Bret Hart’s return in 2010 and More!