How to Watch ‘Four Hours at the Capitol’ Premiere Live For Free on Apple TV, Roku, Fire TV, and Mobile

The historic January 6 riots at the U.S. Capitol were some of the most frightening moments we ever saw as Americans. Deaths, a city in chaos, and an American political system in upheaval all marked the event. An HBO Documentary film takes a close look at what happened through previously unseen footage and interviews with who were there.

Four Hours at the Capital airs and streams on Wednesday, October 20 on HBO and HBO Max

How to Watch ‘Four Hours at the Capitol’ Premiere

While it’s not a free trial, you could always sign-up for HBO Max for a month and stream “The Many Saints of Newark” and then “Dune” later this month.

About ‘Four Hours at the Capitol’

Four Hours at the Capitol is pretty much exactly what the title suggests: it’s a documentary covering the four hours at the U.S. Capitol building on January 6, 2021, when a swarm of protestors descended on the seat of American government to protest what they regarded as election fraud in the 2020 Presidential election. Many of those protesters attended with the intent of disrupting the certification of Joe Biden’s presidency.

The HBO presentation does not lend itself to casting blame, but focuses tightly on the facts of the day itself along with how their details affected those present. The January 6 insurrection casts an important and historic eye on the harsh political divide that exists in the United States and how the depths of that divide continue to affect the nation and whether or not the “more perfect union” of the USA will survive, or if this is only the beginning of an even more harsh political situation facing the citizens of America. 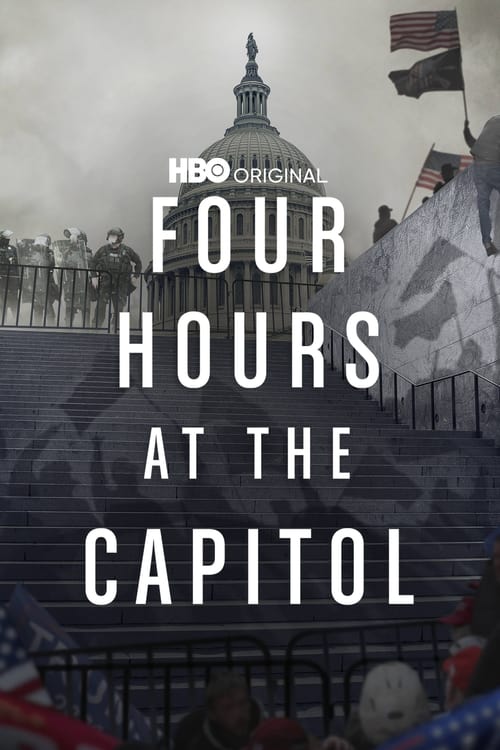 Four Hours at the Capitol

The documentary is an immersive chronicle of the insurrection at the U.S. Capitol on January 6, 2021, when thousands of American citizens from across the country gathered in Washington D.C. to protest the results of the 2020 presidential election, many with the intent of disrupting the certification of Joe Biden’s presidency.

Four Hours at the Capitol will be available to HBO and HBO Max viewers at the same time.

How to Stream ‘Four Hours at the Capitol’ Premiere Live for Free on Roku, Fire TV, Apple TV, iOS, and Android