What happens when a thief, a hacker, a swindler, a retrieval specialist, and an insurance investigator decide to fight governmental injustices on regular citizens? This was the premise of the original series Leverage, an action crime drama that ran on TNT from 2008 to 2012.

Fast forward to the present and our heroes are returning for payback in Leverage: Redemption. The pilot for this 13-episode series revival premieres on July 9 on Amazon Prime Video's free streaming service, IMDb TV.

How to Watch the Leverage: Redemption premiere

It’s been years since the gang’s last heist, and Sophie Devereaux (Gina Bellman) is out of the game. In this field, though, no one’s ever out for good. Sophie’s ready to “do this one” last job, which reunites the old team. Besides Bellman, three other original cast members are returning in “Leverage: Redemption”; Beth Riesgraf and Christian Kane in their main roles, and Aldis Hodge with another recurring role. Timothy Hutton will not be returning to play Nathan Ford.

The world isn’t the same as it was eight years ago, and the rich have only gotten richer. A corporate lawyer is joining the team, as is Hardison’s foster sister, Breanna Casey (Aleyse Shannon). Casey has a penchant for mischief and a knack for robotics and computers.

With the bad guys worse than ever and the stakes higher than in the original show, the new heists are going to be more challenging and complex right off the bat. The first eight episodes will be arriving in July, starting on the 9th, with the latter eight episodes of the season coming in the Fall. Catch the premiere on IMDB TV, Amazon Prime Video, Roku, Amazon Fire TV, video game consoles, and more. 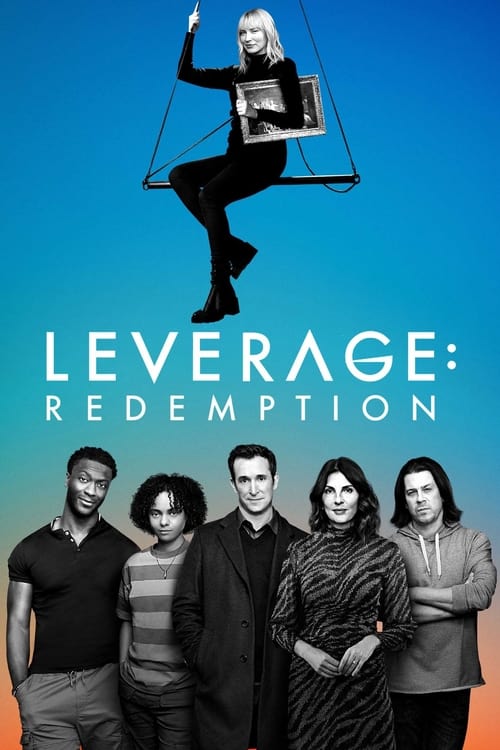 The Hitter, the Hacker, the Grifter and the Thief are together again, this time with help from a new tech genius and corporate fixer, to take on a new kind of villain. From the man who created an opioid crisis from the comfort of his boardroom to the shadowy security firm that helps hide dangerous secrets for a price - when someone needs help, they provide… Leverage.