Is ‘Bullet Train’ Available To Stream? When Will It Be Available On Netflix?

This weekend, you can buy a ticket and get on board the “Bullet Train,” the newest film from Sony Pictures starring big names like Brad Pitt and Sandra Bullock. The movie also includes the acting debut of iconic musician Bad Bunny. After it pulls into the big screen, when is it expected to make its next scheduled stop on Netflix?

On April 8, 2021, Sony Pictures announced a new deal, making Netflix the first exclusive streaming home of its films for an 18-month window. That includes “Where The Crawdads Sing” and other films including “Bullet Train.”

Starting in 2022, Netflix will be the first US streaming home for Sony Pictures films following their theatrical releases. Get ready for UNCHARTED, MORBIUS, BULLET TRAIN & WHERE THE CRAWDADS SING, plus future sequels to VENOM, JUMANJI, BAD BOYS & SPIDER-MAN: INTO THE SPIDER-VERSE

While Sony never disclosed a specific amount of days after theatrical release that the films would show up on Netflix, we can get an estimate on “Bullet Train’s” home streaming date by looking at some of the other recent Sony Picture film release schedules.

“Uncharted” starring Tom Holland and Mark Wahlberg is one of the most recent big Sony releases to launch on Netflix. Originally slated for a release date of July 15 on Netflix, it ended up getting delayed to Aug. 19 before being released today. So the window went from 147 days to 182 days to 168 days. “Uncharted” was originally pushed to avoid the simultaneous release of “Spiderman: No Way Home” on STARZ July 15, avoiding an all-out Holland war.

The “Uncharted” release on Netflix seems to be an outlier. Looking at other Sony Films such as “Umma” we can see a general pattern of 120 days after a theatrical release. Thankfully, “Bullet Train” features a cast that does not seem to have conflicting film releases on the horizon.

If all goes well, fans should be able to watch the new action flick “Bullet Train” 120 days after Its theatrical release, which would have it landing on Dec.3, 2022. Even if we apply the once-planned 147-day delay of “Uncharted”, we could see the film at the end of the month with a release on Dec.30. Both of these dates are likely, considering they are right around the holiday season when people start going on winter break, and get ready for some at-home binging.

If other Sony films such as “Morbius” and “Where The Crawdads Sing” are consistent with the 120-day schedule, it would have them all neatly capping off 2022 with a consistent set of Netflix releases. This would hopefully mean “Bullet Train” will follow suit, and hit home screens around the same time. 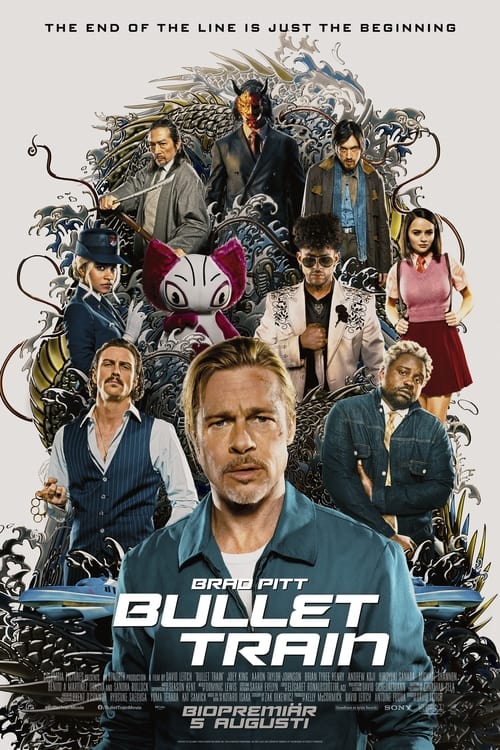