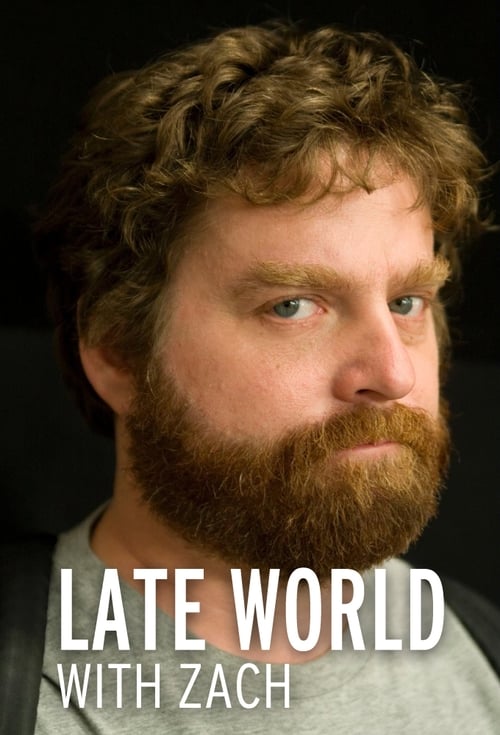 How to Stream Late World with Zach Online

About Late World with Zach

Late World with Zach was a television show on VH1 during the spring of 2002, starring Zach Galifianakis who appeared without his now-trademark beard for most of the show’s run.

Late World’s theme song was Frank Black’s “Los Angeles”, a nod to the studio’s location. The show began with a monologue, like many late night talk shows, but with Galifianakis’ unique style, usually involving a piano and non-sequiturs interlaced with topical humor. After this, one or two skits starring Zach followed. One of the running skits was footage of red carpet interviews, edited later with Zach asking humorously different questions. Last, Zach met with a guest like Mathew St. Patrick, Bradley Cooper or had a musical guest, Rhett Miller. The show was canceled after nine weeks of production due to poor ratings. The series is not currently slated for DVD release. A then-unknown Kevin Federline had a small, non-speaking role in one of the show’s last episodes.