Todd and the Book of Pure Evil 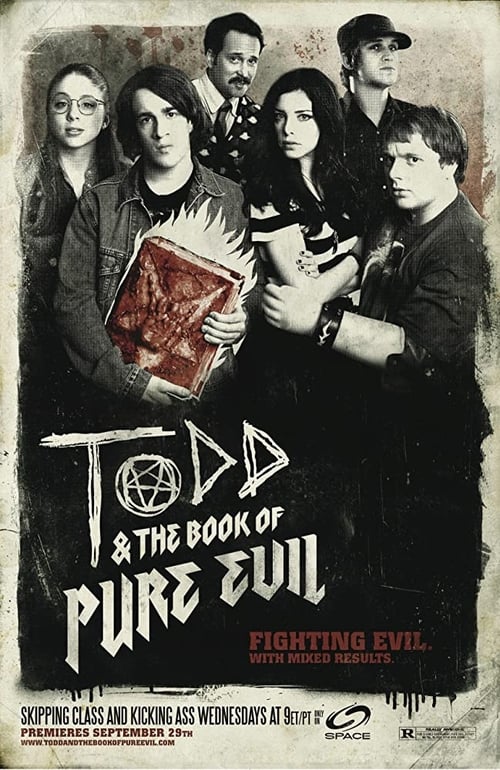 How to Stream Todd and the Book of Pure Evil Online

About Todd and the Book of Pure Evil

Todd and the Book of Pure Evil is a Canadian comedy/horror television series that follows a group of high school students who confront the effects of a demonic book. The series premiered on Space Channel on September 29, 2010 with two back-to-back episodes. The show was created for television by Craig David Wallace, Charles Picco, and Anthony Leo.

Todd and the Book of Pure Evil is based on the short film of the same title written by Craig David Wallace and Max Reid, and directed by Wallace. The short film was produced through the Canadian Film Centre’s Short Dramatic Film Programme, and kicked off an international festival tour by premiering at the Toronto International Film Festival in 2003. The series was developed for television through the National Screen Institute’s Totally TV Program. A pilot for Todd and the Book of Pure Evil was shot for Space in 2009 in Winnipeg, Manitoba. Like the low-budget short film, the series uses supernatural elements, profanity, graphic violence and non-sequitur lines. Sci-fi veteran David Winning directed four episodes.

Each episode was produced with two variations of the audio track: a pre-watershed version with “clean” replacement dialogue dubbed in by the actors, and the original uncensored version with profanity.