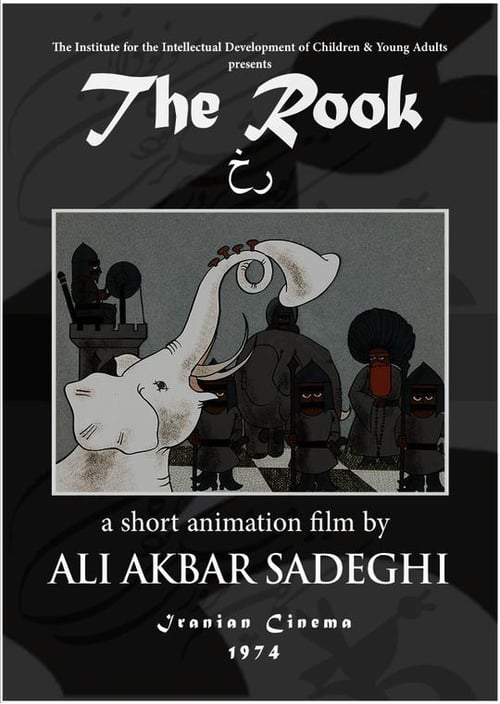 The Rook made in 1974 is the establishment of sadeghi’s style in reference to Persian painting and miniature. The chess board act as witness to a game in progress. The players move their pieces until two kings remain and the game back to continue from the beginning which represent ongoing metaphor of political power games. The humorous piece of animation looks at the absurdity of war, politics and stance of society in between these notions.