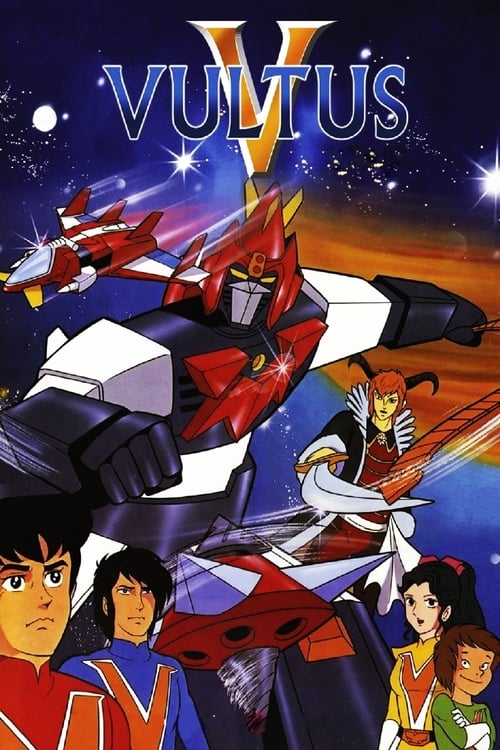 Chōdenji Machine Voltes V (超電磁マシーン ボルテスＶ Chōdenji Mashīn Borutesu Faibu?, Super Electromagnetic Machine Voltes Five) more popularly known as Voltes V, is a Japanese anime television series that was first aired on TV Asahi starting June 4, 1977. It was created by Saburo Yatsude (a pseudonym referring to a committee within Toei Company) and directed by Tadao Nagahama. Voltes V is the second part of the Robot Romance Trilogy of the Super Robot genre which includes Chōdenji Robo Combattler V and Tōshō Daimos. Like Combattler V, the series was animated by Sunrise and produced by Toei Company. The series was animated by Sunrise on Toei’s behalf. This super robot along with the other two aforementioned super robots first appeared the USA as a part of Mattel’s Shogun Warriors line of import toys, released in the late 1970s.

Where can you watch Super Electromagnetic Machine Voltes V online?