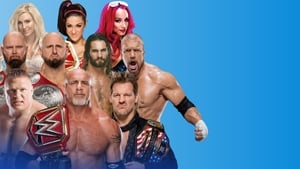 WrestleMania 33 will be the thirty-third annual WrestleMania professional wrestling pay-per-view (PPV) event produced by WWE for the Raw and SmackDown brands. It will take place on April 2, 2017, at Camping World Stadium in Orlando, Florida. It will be the second WrestleMania to be held at this venue, which hosted WrestleMania XXIV in 2008, and the third to be held in the state of Florida.

Where can you watch WWE WrestleMania 33 online?