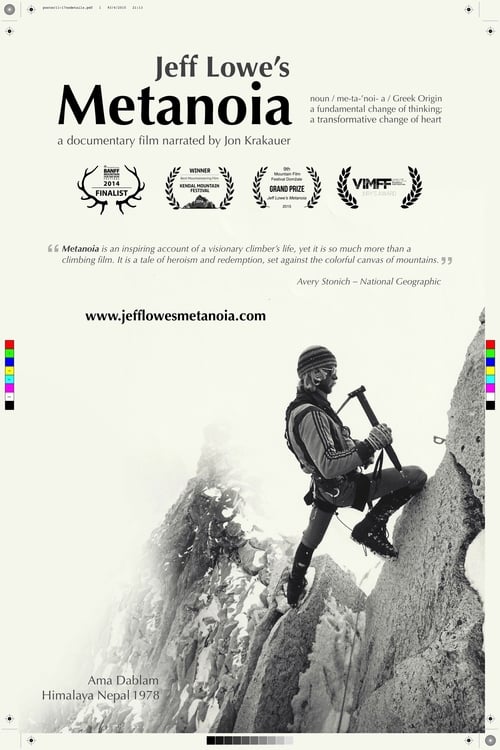 One of the greatest world-class athletes of all time, Jeff Lowe has made climbing what it is today. He contributed to the development of the modern ice screw and cam, invented the grading system used worldwide for mixed climbs, authored now classic books on climbing technique, brought the first Sport Climbing Championships to America and opened the ice park in Ouray, Colorado. In this film, Jeff tells the extraordinary story of his historic nine-day mid-winter solo ascent of the north face of the Eiger in 1991—a route he named “Metanoia”— which has never been climbed since. Jeff’s “unimaginable” new route up the Eiger prepared him for the greatest adventure he’s ever been on, the climb of his life as he slowly loses all of his physical abilities and faces his own mortality.