Another Daytime Talk Show is Ending, Is This the End of a Daytime TV Era?

Looks like some people will need to go back to old-fashioned paternity tests to find out who the baby’s daddy really is since “Maury” (originally called “The Maury Povich Show”) has officially announced that it will be coming to an end. After 30 years of talking about teen pregnancies and sexual infidelities — as well as revealing who is and who is not the father — daytime talk show host Maury Povich announced that his show will be leaving the airwaves this September, with the 31st season being its last.

An NBCUniversal executive told Deadline it is canceling Maury at the end of the 2021-22 season when Povich plans to retire at the age of 83. “Maury and I decided two years ago that this season would be the farewell season for the show, and while his retirement is bittersweet, we are so happy for him to be able to spend more time on the golf course,” Tracie Wilson, EVP, NBCUniversal Syndication Studios, said to Deadline. “Maury is a television icon, a pop-culture legend and we couldn’t be more proud to have been a part of his incredible career.”

The long-running syndicated program first launched in 1991 and shortened its name to “Maury” seven years later. During its history, the show did episodes and various individual segments on many different issues before eventually becoming famous for its paternity test segments during an era when tabloid-like talk shows reigned supreme (other examples include Jerry Springer and Sally Jesse Rafael).

The basic format would follow the mom discussing the baby and talking about who she believed fathered the child. Viewers would then hear from the suspected father — who would most often claim that the kid wasn’t his. Thanks to DNA test results and the help of Povich breaking the news in the most dramatic way possible, audiences never knew what to expect.

Maury became known for saying some version of, “When it comes to (baby’s name), you (are/are not) the father,” as the guests of the shows reacted wildly, usually being egged on by the crowd.

New episodes of “Maury” will run through September and the show will broadcast re-runs after that. 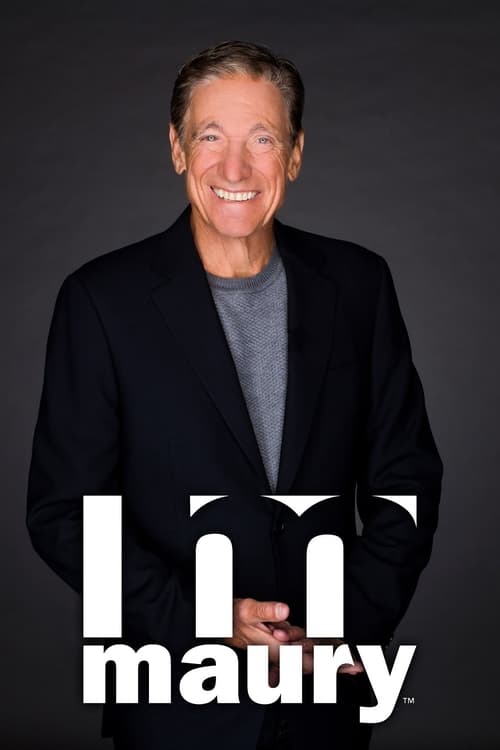 The Shake-Up in Daytime Programming

The cancellation of “Maury” comes as several networks appear to be shaking up their daytime programming. In fact, it’s a time of tremendous upheaval right now in the daytime talk show game, as major recent changes have been taking place across the industry with new faces emerging to fill hosting slots being vacated by some of the biggest names in the format. Along with Povich, Ellen DeGeneres, Wendy Williams, Jerry Springer, and Nick Cannon are all stepping away from their shows for various reasons.

Fox has pulled its daytime series “The Nick Cannon Show” off of the air after one season. Meanwhile, Jerry Springer’s “Judge Jerry,” is wrapping up for good in September. “The Wendy Williams Show” is also ending and “The Good Dish” was recently canceled as well.

The series is ending amidst controversy around accusations of toxic workplace culture. However, Degeneres maintains that the cancelation is her simply moving on, and needing a new challenge. Also, on Jan. 18, 2022, NBC canceled Ellen’s competition series “Ellen's Game of Games” after its ratings dipped too low in 2021.

Other predictions for future cancellations include CBS’s “The Doctors,” hosted by Dr. Andrew Ordon, and Warner Bros.’s “The Real,” hosted by Garcelle Beauvais, Adrienne Houghton, Loni Love, and Jeannie Mai Jenkins. “The Doctors” has been stuck at a 0.2 rating in households for the past year, while “The Real” is at a 0.4.

How will Networks Fill the Void?

Now that the field is wide open, how will TV networks fill the void? With all of this daytime upheaval, it’s a bit unclear who might emerge as new stars. Degeneres was a force for many years and Williams was a big player in the space as well, but recent health issues have forced her to step back from her program. However, Williams is already talking about a return to TV.

The picture is becoming clearer for the 2022-23 syndicated TV season as Sherri Shepherd will be the new host for a show called “Sherri,” taking over Williams’ old timeslot. In addition, Shepherd will continue to host “Dish Nation,” which airs on Fox stations and others in syndication.

Fox also announced that “The Jennifer Hudson Show” is coming soon as well. “As the syndication business continues to go through a major sea change, we need power players to reenergize talk shows and Jennifer Hudson is just that,” said Frank Cicha, executive VP, programming, Fox Television Stations, in a statement.

New daytime talk show hots joining the fray will be entering a space currently being led by megastars Drew Barrymore and Kelly Clarkson, who have launched their own talkers over the past few years.

For instance, coming back for Season 3 is CBS Media Ventures’s “The Drew Barrymore Show,” averaging a 0.6 in households. Next year, the show will be split into two half-hours. CBS-owned stations will pair Drew with local news in top markets and air the second half-hour on its duopoly stations.

Another new series that’s likely coming onto the scene is from NBCUniversal and will be hosted by Karamo Brown, one of the hosts of Netflix’s “Queer Eye.” Brown — who has guest-hosted NBCU’s “Maury” — is expected to start airing on The CW affiliates and other stations this fall. NBCU has been trying to change up its lineup of conflict talkers for years and hopes Karamo Brown will refresh the genre and appeal to younger viewers. While NBCUniversal hasn’t yet made any official pick-up announcements, the show is expected to go forward with Maury EP Paul Faulhaber as producer.

Soap operas aren’t doing so great either. As longtime television viewers know, soap operas have filled the networks’ daytime schedules for decades. Today, only four of them remain — “The Bold and the Beautiful” (CBS), “Days of Our Lives” (NBC), “General Hospital” (ABC), and “The Young and the Restless” (CBS). Their ratings are a fraction of what they used to be, even just a few years ago.

It’s unclear who will survive and what shows will deliver the biggest daytime ratings. Should we all just face the fact that daytime TV is over? Or is there still hope?