“The Matrix Resurrections” was released to theaters and to HBO Max on the same day: December 22, 2021. If you haven’t watched it quite yet, you don’t have much time left.

How to Watch ‘The Matrix Resurrections’

When Will ‘The Matrix Resurrections’ Be Leaving HBO Max?

The film will be leaving the platform 31 days following its original release date, through Friday, January 21. That means viewers in the U.S. have two days to watch (and rewatch) “The Matrix Resurrections.” For a limited time, you can get HBO Max Ad-Free Plan for just $11.99 a month for the next 12 months (normally $14.99).

Following its exit from HBO Max, fans can rent the film on either digital, DVD, or Blu-Ray. Oh, and did we mention the fourth Matrix film won’t be gone from the streamer forever? 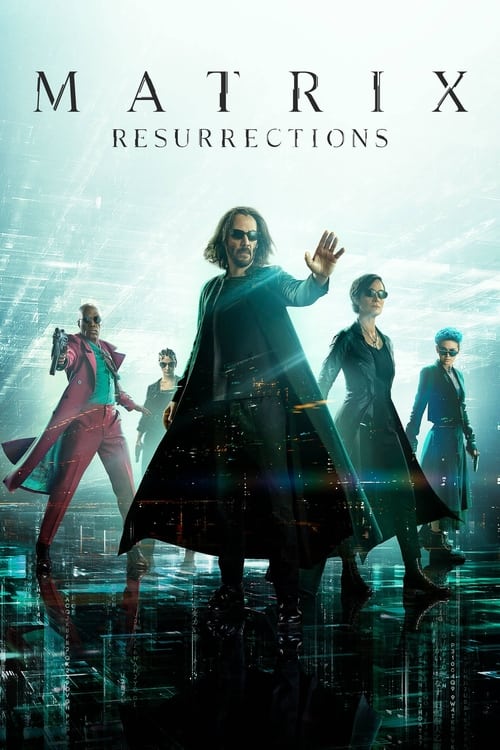 When Does ‘The Matrix Resurrections’ Come Back to HBO Max?

2022 will be a little different in terms of the Warner Bros. movie release strategy. Instead of the simultaneous release plan, they’ll be trying out a 45-day theatrical run for some movies before they land on HBO Max. Meaning “The Matrix Resurrections” is potentially the last film to release under the 2021 structure.

While it’s not known exactly when “The Matrix Resurrections” will return, we suspect it will be back in April or May of 2022 based on when previous films have come back to the platform. For instance, “In the Heights” left in July but then returned a couple months later, at the end of October 2021. “Godzilla vs. Kong” did the same thing, returning to the streaming service in August, after it had left towards the end of April. “The Suicide Squad” left in September but came back in time before for the spinoff series, “Peacemaker,” in December.

So “Matrix” fans should keep an eye out as early as late April for the film’s inevitable return.

The first in the “Matrix” franchise to not be co-directed by Lilly Wachowski, the fourth installment sees the return of Neo and Trinity. In this clever adaptation, both characters are living in the real world, wondering whether “The Matrix” is just a video game, a dream, or the actual real world, hidden from view.

Learn more about the deal here.

What’s The Difference Between HBO Max with Ads and HBO Max Without Ads?

Those on HBO Max with Ads will have four minutes of ads every hour on Max Originals. Thankfully, there will be no ads on HBO shows and movies. Also, this plan won’t get access to content in 4K or have the ability to download content offline.

The HBO Max Ad-Free plan gives subscribers access to all Warner Bros. released in 2021, the same day they hit theaters.