When Will ‘Black Panther: Wakanda Forever’ Stream on Disney+?

After months under a veil of secrecy, the trailer for “Black Panther: Wakanda Forever” debuted to wide acclaim at last week’s San Diego Comic-Con. But when might the movie be available to stream?

The film, which was produced following the 2020 death of original star Chadwick Boseman, will focus on the characters mourning the death of Boseman’s King T’Challa, while also dealing with a new external threat. Ryan Coogler returns as the director for his first movie since the original “Black Panther,” and the cast includes Letitia Wright, Lupita Nyong’o, Damai Gurira, Winston Duke, and Angela Bassett.

“Black Panther: Wakanda Forever” is set to hit theaters on November 11. There has not been an announcement yet of when it will arrive on Disney+. But based on patterns of Disney’s windowing for Marvel films, we can guess when it might arrive.

“Eternals,” the MCU film released late last year, hit theaters on November 5 and then landed on Disney+ on January 12, for a 68-day window. The Marvel film before that one, “Shang-Chi and the Legend of the Ten Rings,” arrived after a 70-day window.

However, this spring’s Marvel movie, “Dr. Strange in the Multiverse of Madness,” came out in theaters on May 6 and then reached Disney+ on June 22, a window of just 47 days.

The most recent MCU movie to hit theaters was “Thor: Love and Thunder,” which came out on July 8. The fourth Thor film does not yet have an announced Disney+ arrival date. Disney has also not said whether shorter windows are their official strategy going forward for Marvel releases on Disney+.

If Disney goes with a “Doctor Strange”-sized 47-day window for “Wakanda Forever,” that would place the movie on Disney+ on December 28. Disney+ has a history of dropping big things around Christmas, with “Encanto” and “The Book of Boba Fett” arriving in that time frame last year. A new Marvel movie would provide a great incentive for families to buy the service for the holidays.

There is a possible hitch, however. We’ve seen this summer’s enormous success of “Top Gun: Maverick,” a movie that has no set streaming date. If “Wakanda Forever” has the kind of legs the original “Black Panther” did, Disney would be wise to milk it in theaters as long as possible, pushing the Disney+ date to late January or early February.

Another reason to push “Wakanda Forever” to 2023 might be Disney’s “Avatar: The Way of Water,” which hits theaters on December 16. If Disney+ adds a marquee MCU title in December, fans might choose to stay home and watch that instead of heading out to see James Cameron’s mega-sequel.

All things considered, we’re guessing “Wakanda Forever” arrives on Disney+ within a week of Christmas. The holiday seems like a target too tempting to ignore.

In the meantime, the original “Black Panther” is available to stream on Disney+.

Check out the trailer for “Black Panther: Wakanda Forever”: 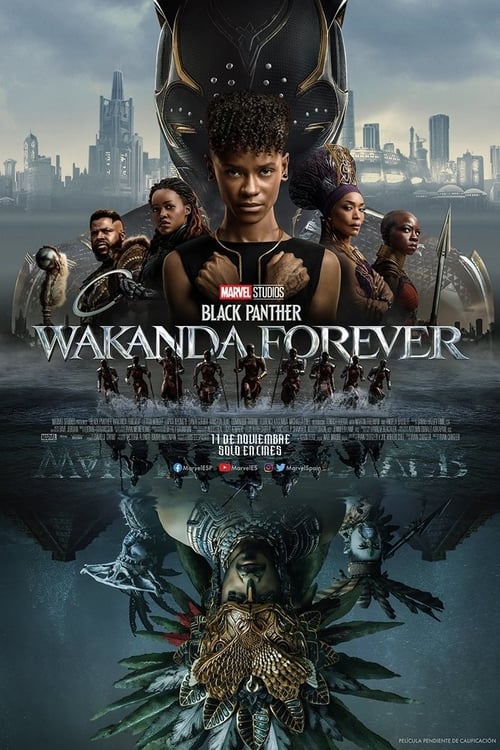