Report: ‘Lord of The Rings: Rings of Power’ Has Historic Debuts, but Has Room to Grow

The numbers are in: by nearly every metric that the company can monetize, Prime Video’s “Lord of The Rings: The Rings of Power” had a smashing streaming debut this week. The series, based on the works of J.R.R. Tolkien, drew 1.8 million household views in the United States during the first three days of its release, according to a report from Samba TV. That makes the “Rings of Power” the highest-scoring debut ever for a Prime Video original.

Traditionally, Amazon’s originals tend to attract larger audiences in the days following the initial release of a show, so those numbers could improve even more. Globally, “Rings of Power” saw more than 25 million views in its first 24 hours, according to Amazon.

At first glance, the news is all sunshine and roses for Amazon. But compared to other recent fantasy releases, the show has a bit of work to do, at least according to Samba TV’s numbers.

Those numbers show that, although Prime Video released both episodes of “Rings of Power” on the same day, half a million fewer households watched the second episode after finishing the first. “RoP” also lagged behind competitor’s fantasy shows, like “Stranger Things” from Netflix and “Obi-Wan Kenobi” from Disney+. 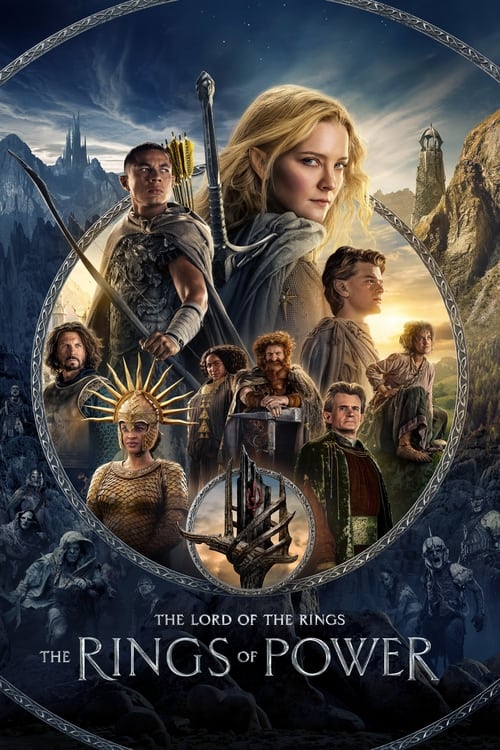 “Stranger Things” saw 2.9 million US households tune in during the first three days of the release of Season 4 Volume 1, and “Obi-Wan” saw 2.1 million. “Rings of Power” also underperformed versus HBO Max’s “House of The Dragon” with Gen-Zers, gaining 4% fewer viewers than projected while “HoTD” got 3% more than projected. This suggests Amazon has yet to meaningfully engage with younger audiences about the show.

There are some mitigating factors for Amazon buried within those numbers. “Stranger Things” and “Obi-Wan” both saw more than 20% of their total monthly viewership within the first day of their releases. Prime Video shows generally see a slower buildup of views. “The Terminal List” only got 13% of its first month’s views on the first day for instance, and even a returning series like “The Marvelous Mrs. Maisel” saw only 18% of its total viewers watching on Day 1.

“Rings of Power” is quite the experiment for Amazon. “Lord of The Rings” is a well-established IP, but “RoP” is telling a new story with many new characters that audiences aren’t familiar with. It will take time to build brand loyalty, especially amongst audiences that have grown more accustomed to fantasy shows in the style of “Game of Thrones” and “House of The Dragon.”

The good news is the show is likely to get that time. Amazon founder Jeff Bezos is a notorious Tolkien fanatic, and as long as “Rings of Power” continues to compile record-breaking numbers for Prime Video, it is in little danger of being thrown into the fires of Mount Doom (or the cancelation pile).