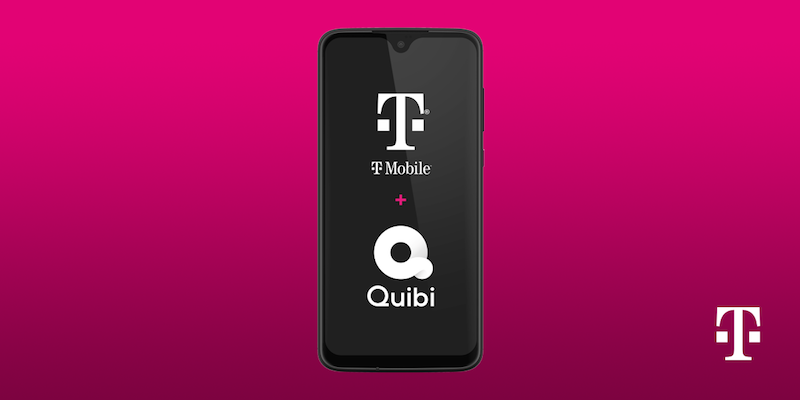 While earlier this year, Quibi offered a one-year subscription to T-Mobile subscribers, if you missed out you have a second chance. Starting tomorrow, September 15th, T-Mobile and Sprint (now T-Mobile) customers, will get a 6-Month Free Trial of Quibi in their T-Mobile Tuesday App.

In order to be eligible, you will need to be a new Quibi subscriber. Customers will get their ad-supported plan which is normally $4.99 a month. Quibi also offers an ad-free version for $7.99.

Currently, Quibi is free for T-Mobile customers who have two or more voice lines at standard rates on Magenta and One plans with taxes and fees included — along with discounted First Responder, Military and Magenta Plus 55 plans — or small business customers with up to 12 lines.

After this year, customers will have to choose whether they want to keep “Quibi on Us” or “Netflix on Us.”

When the deal with Quibi was first announced, Mike Sievert, CEO of T-Mobile said, “T-Mobile customers have always been ahead of the curve –- streaming more data, watching more mobile video –- so when we first heard about Quibi, we knew our customers would love it. And with more of us staying home right now, Quibi’s never been more needed. It comes on the scene with a totally different experience, made for mobile, quick to watch and as entertaining as anything you’ve ever seen!”

Meg Whitman, CEO of Quibi, added: “Since Quibi is built for an optimal mobile experience, we chose T-Mobile as our exclusive wireless launch partner. With the only nationwide 5G network, T-Mobile was the obvious choice for our customers.”

Quibi, designed for mobile phones, is led by founder Jeffrey Katzenberg and Whitman. It was originally conceived to fill those in-between moments, standing in line, which has obviously changed since the pandemic started. Short- and long-form originals, most under 10 minutes, will include content from Steven Spielberg, Reese Witherspoon, Nicole Ritchie and Steven Soderbergh, among others.

Bundling streaming with your wireless plan has become the new normal for carriers. In 2017, T-Mobile started including Netflix with their T-Mobile One plans, in addition to MLB.TV which they include annually. Prior to their merger with T-Mobile, Sprint included Hulu bundled with their plans.